"I was one of the lucky ones, I didn't get it too bad... I still can't smell anything." 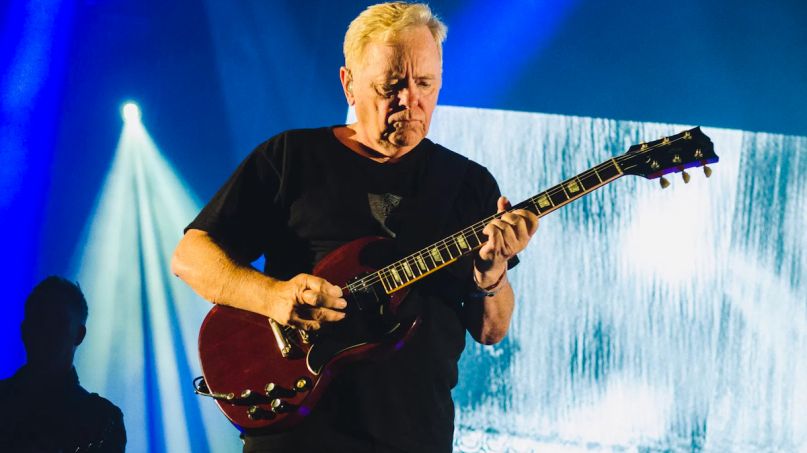 New Order frontman Bernard Sumner has revealed he recently contracted COVID-19 and is in recovery.

The Joy Division co-founder disclosed his diagnosis during an interview with The Current’s Morning Show (via SPIN). When host Jill Riley asked the basic opening question, “How are you?”, Sumner responded, “I’m good. I’m just recovering from coronavirus actually. Got it three weeks ago…”

Though he admitted the ordeal has left his voice a bit “gruff,” he considers himself “one of the lucky ones,” noting he “didn’t get it too bad.” Describing his symptoms, he said he still has no sense of smell, but his fatigue and fever seem to have broken. “I had a little bit of a temperature, but not much,” he explained. “I had it for four days, then it went away for four days, and then it came back for four days. When it came back, it was more severe, but still not too bad. I just felt extreme fatigue, like a really bad hangover. Then it went away, and I’m okay.”

While Sumner was able to get over the illness fairly quickly, he wasn’t about to downplay its seriousness. “But I’ve heard horror stories over here about it. A couple people who know people who’ve died from it. I’m very lucky,” he said, adding, “We got a real serious second wave here. But it seems like Russian roulette. Like, you can get light symptoms, like me, or it can kill you. It’s crazy.”

Elsewhere in the interview, Sumner discussed other ways the pandemic has impacted his life and what fans can expect from New Order’s rescheduled tour dates with Pet Shop Boys. (That is, of course, should concerts even be able to resume next year.) Watch the whole thing below.

Back in September, New Order released their first new song in five years, “Be a Rebel”. They followed that up with the Power, Corruption & Lies deluxe box set in October. Later this month, Sumner will join surviving Joy Division members Peter Hook, Stephen Morris, and Gillian Gilbert for a podcast about the band and its New Order offshoot. Dubbed Transmissions: The Definitive Story, the series will also feature interviews with Damon Albarn, Radiohead’s Jonny and Colin Greenwood, U2’s Bono, Johnny Marr, Karen O, and others.