Pantera Get Their Very Own Craft Beer

Pantera Golden Ale is brewed by the Texas Ale Project 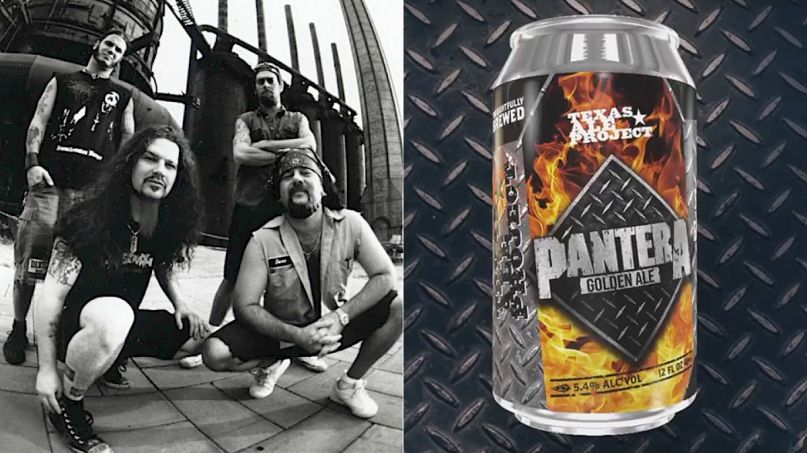 Pantera will have their own craft beer thanks to home-state brewery Texas Ale Project. The Pantera Golden Ale will be the first beer to bear the name and logo of the iconic metal act.

Brewed with Cascade and Citra hops, the beer comes in at 5.4% ABV. Not “light” by any means, but Texas Ale Project maintains that the libation is still “crushable with a clean finish,” as Pantera would have wanted it.

Pantera and beer go together. In the debauched home videos the band released during the ’90s, it’s rare to see someone not holding a drink. And as bassist Rex Brown tells it in his excellent band biography — the appropriately titled Official Truth, 101 Proof — late guitarist Dimebag Darrell possessed the superhuman talent of playing perfectly no matter his level of intoxication.

These stories have all added to Pantera’s notoriety as the “Beer Drinkers & Hell Raisers” their Texas predecessors ZZ Top sang of decades prior. It was only fitting that Pantera’s first beer be brewed in the Lone Star State.

“We’re very excited to unite these two passions together under our roof, this time in partnership with the almighty Pantera,” Texas Ale Project founder and brewmaster Brent Thompson said in a press release. “I couldn’t be more pumped about this project.”

The Pantera Golden Ale is slated for a March 1st release and will be available at Texas retailers and for direct-to-consumer shipping in the United States via Tavour.