"They literally exposed my skeleton" 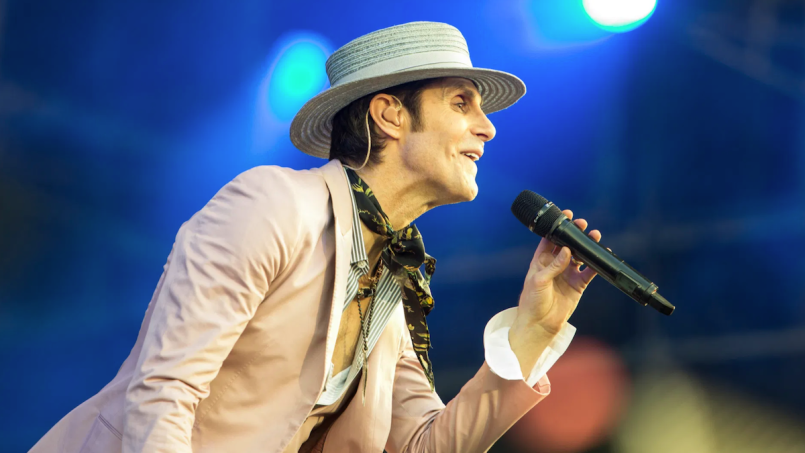 This past September rock vet Perry Farrell underwent surgery to remove a couple of “crushed discs” in his spine. However, the operation wasn’t as straightforward as it sounds — doctors had to temporarily remove his voice box, also known as the larynx, as part of the procedure.

Farrell revealed the details of the harrowing yet successful surgery in a new interview with Classic Rock magazine (via NME). “They had to remove my voice box and put it on a table,” he recounted. “That was daunting.”

The Jane’s Addiction frontman continued in more graphic terms. “They literally exposed my skeleton, took the discs out and put in artificial discs. So now I am a quarter inch taller and twice as attractive to my wife,” he went on joke.

The crushed discs in his neck were a result of his longtime rockstar lifestyle. “Mostly from partying and leaning back my head to rip out notes and surfing and dancing around,” the 61-year-old Farrell noted. “There’s a long list.”

Farrell said he considers himself quite fortunate to have survived the operation, as well as his many other brushes with death. “I guess it’s the luck of the draw. I’ve overdosed numerous times, been lost at sea…” remarked the alt-rocker. “They just keep sending me back, I don’t question it.”

For more on Farrell’s busy rockstar life, revisit his past appearance on This Must Be the Gig. He spoke about his very first concert, the time he lost his shoes at a show on acid, getting chased down by Iggy Pop, working as an escort, and more.