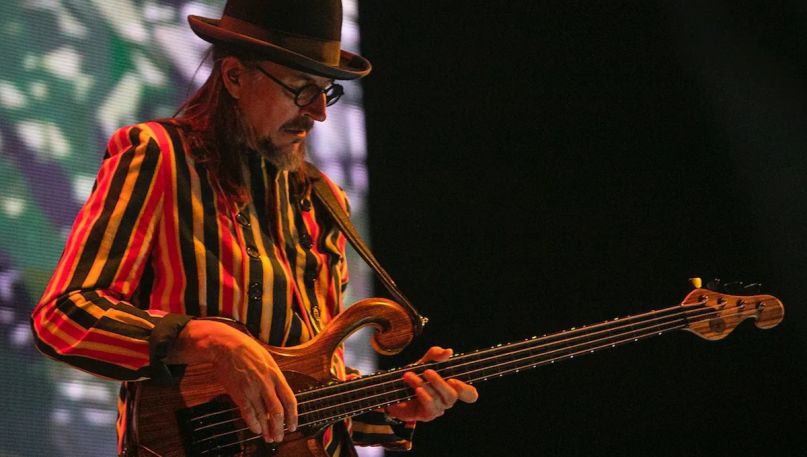 Due to the coronavirus pandemic, Primus were forced to postpone their Rush tribute tour and other dates earlier this year. Now, to make it up to their fans, they’ve announced a “one-of-a-kind” virtual concert called “Alive From Pachyderm Station”.

Their first live performance of 2020, the event will see Primus deliver a set from Les Claypool’s own California winery Claypool Cellars. There’s no telling whether the funk metal outfit still plan to pay tribute to Rush and late drummer Neil Peart, or if Aquaman himself will make a cameo, but Claypool & co. are definitely promising viewers a very memorable time

“Strange, eclectically wonderful things tend to happen when the three of us get in a room together with our instruments. This will be an intimate and casual performance between three longtime friends as opposed to an elaborate ‘show,'” Claypool noted in a statement. “Primus in the raw.”

“Alive From Pachyderm Station” will be broadcast on Friday, December 11th at 9 p.m. ET. Ticket and merch information can be found here. All ticket holders will be able to re-stream the online concert for the next 72 hours. Find a trailer down below.

“A Tribute to Kings”, Primus’ tribute tour to Rush, has been rescheduled for June 2021. Recently, members of Primus performed a collaborative, quarantine cover of Rush’s “Anthem”.