Quentin Tarantino to Write Once Upon a Time in Hollywood Novel 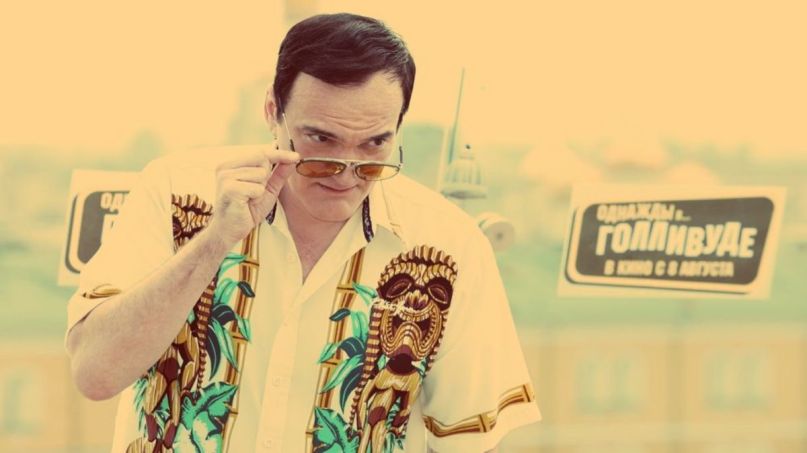 Quentin Tarantino for Once Upon a Time in... Hollywood, photo by Gennady Avramenko

COVID-19 has put a hold on most Hollywood productions, but Quentin Tarantino isn’t letting that dampen his creative spirit. The famed director just a signed a deal with HarperCollins for two new books, one of which will arrive next year.

Tarantino’s first novel will be an adaptation of his 2019 blockbuster Once Upon a Time in Hollywood, set to arrive in summer 2021. Like the film, the book will follow TV actor Rick Dalton and his stunt double Cliff Booth as they navigate the radically changing Hollywood of 1969 against the background of the Mansion Family murders.

For Tarantino, a movie novelization of his Oscar-winning film, which starred Leonardo DiCaprio (Dalton) and Brad Pitt (Booth), is an ode to a sub-genre of literature that was formative to his interest in storytelling. “In the seventies movie novelizations were the first adult books I grew up reading,” Tarantino said in a statement. “And to this day I have a tremendous amount of affection for the genre. So as a movie-novelization aficionado, I’m proud to announce Once Upon a time in Hollywood as my contribution to this often marginalized, yet beloved sub-genre in literature.”

The second book coming from the deal is a nonfiction work called Cinema Speculation that’s dedicated to his love for ’70s-era film. All of Tarantino’s movies play as a direct homage to that decade’s style of artful violence and gritty character types, so a nonfiction dive into that period in cinema history seems like a natural fit.

According to Deadline, the publisher describes Cinema Speculation as “a rich mix of essays, reviews, personal writing, and tantalizing ‘what if’s,’ from one of cinema’s most celebrated filmmakers, and its most devoted fan.” There’s no public release date for that book as of yet, but HarperCollins VP Noah Eaker shared his excitement for the novel version of Once Upon a Time in Hollywood.

“Quentin Tarantino’s literary talents have been in plain sight since his first scripts,” Eaker said in a statement. “But to see how skillfully he endows his characters with life on the page and how he constantly takes a reader by surprise, even one who knows the movie by heart, is to see a master storyteller trying on a new form and making it his own.”

This may not be the only new Once Upon a Time… storytelling to come. At the top of the year, Tarantino said he’d written five half-hour episodes of Bounty Law, the fictional TV series that “starred” DiCaprio’s Dalton. If all goes to plan, he’ll direct the limited series himself and shop it to streaming services.