Best known for his work with the King of Pop, Swedien also recorded some of the most beloved jazz projects of all time 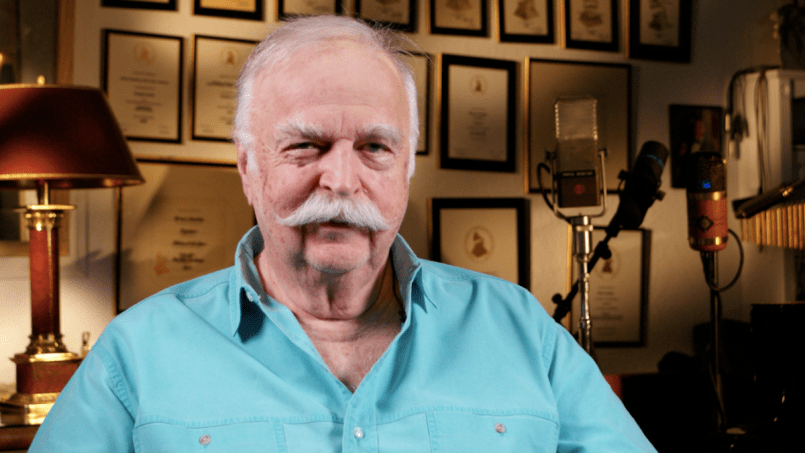 Bruce Swedien, the sensitive ear behind classic Michael Jackson albums, has died at 86. According to a Facebook post from his daughter Roberta Swedien, he “passed away peacefully last night.”

Via Swedien’s official website, he was born in Minneapolis in 1934. In 1944 his father gifted him a disc recording machine for his birthday, and “ten minutes later, he decided on music recording as a career.” He received his first Grammy nomination in 1962 for Frankie Valli and the Four Seasons’ “Big Girls Don’t Cry”, and from 1958 to 1967 he engineered some of the most beloved jazz recordings of all time, including projects by Count Basie, Duke Ellington, Dinah Washington, Oscar Peterson, Sarah Vaughn, and more.

He also worked with Quincy Jones during that period, though it didn’t become the defining relationship of his career until 1977, when he and Jones travelled to New York to help out with the Michael Jackson film The Wiz. After hitting it off with the future King of Pop, Swedien handled the audio-mixing on his landmark solo album Off the Wall. He went on to win three Grammy awards in the Best Engineered Recording category for his work on Jackson’s Thriller, BAD, and Dangerous. He also won that award two other times, for Quincy Jones’ Back on the Block and Q’s Jook Joint.

In a statement earlier today, Jones paid tribute to “the absolute best engineer in the business.” He wrote,

“I am absolutely devastated to learn the news that we lost my dear brother-in-arms, the legendary Bruce Swedien. There are not enough words to express how much Bruce meant to me…He was without question the absolute best engineer in the business, & for more than 70 years I wouldn’t even think about going into a recording session unless I knew Bruce was behind the board. Along with the late great Rod Temperton, we reached heights that we could have never imagined & made history together. I have always said it’s no accident that more than four decades later no matter where I go in the world, in every club, like clockwork at the witching hour you hear “Billie Jean,” “Beat It,” “Wanna Be Starting Something,” & “Thriller.”  That was the sonic genius of Bruce Swedien, & to this day I can hear artists trying to replicate him. I’m going to miss your presence every single day “Svensk”, but I will cherish every moment we shared together laughin’, lovin’, livin’, & givin’…Rest In Peace my brother.”

Jones’ and Swedien’s frequent collaborator Rod Temperton passed away in 2016.