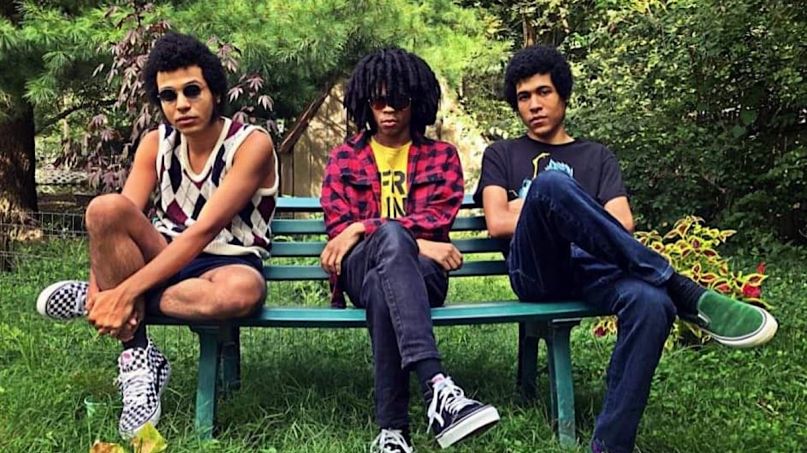 Punk-rock trio Radkey are ready to return with a new album titled Green Room. In anticipation, the band is teaming up with Heavy Consequence to premiere the first single, “Seize”.

Radkey, made up of three brothers — Dee, Isaiah and Solomon Radke — have been going strong for a decade now, first forming in St. Joseph, Missouri, when the siblings were homeschooled pre-teens. After releasing two EPs and three albums, Radkey are back with their fourth full-length effort, which they are releasing independently via their own Little Man Records.

Green Room will be released digitally on November 27th, while a Kickstarter campaign will be launched to help facilitate a physical release.

The single “Seize” is a heavy rocker, with a radio-ready chorus. Isaiah tells us of the song, “[‘Seize’ is] about the feeling that you have when you become such a big fan of something or someone that you start to feel like you have known them for years. I feel like a lot of people go through a sort of obsession stage with the things that they’re really into. Especially if that stuff is constantly blowing your mind.”

This year, Radkey were set to perform at Foo Fighters’ massive 25th anniversary “DC Jam” concert on July 4th at FedEx Field in Washington, D.C. Unfortunately, the pandemic postponed that gig and all of Radkey’s remaining 2020 shows. In the past, Radkey have supported such notable acts as Jack White, Rise Against, Fishbone, and more.

Download the track “Seize” at this location, and support the band at their Patreon site. Check out the video for “Seize” below.