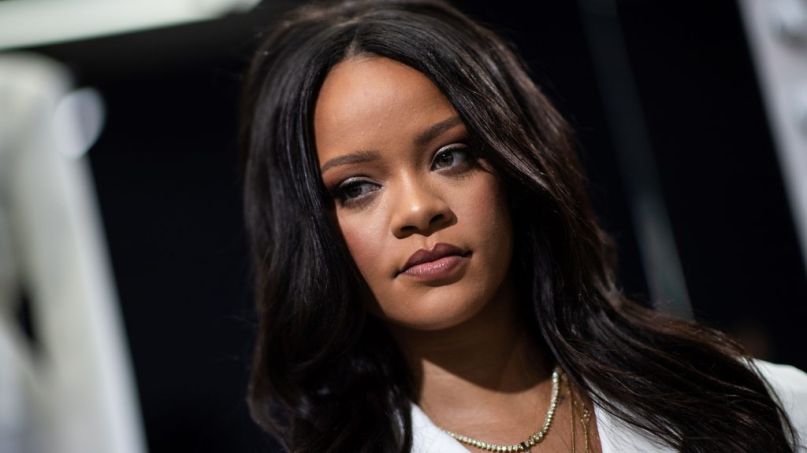 Rihanna has long been dubbed the Bad Girl, but now she’s officially Cowboys from Hell-level bad. The pop star was recently spotted in Santa Monica, California wearing a Pantera shirt while rocking a mullet. Can I get an Unapologetic hell yeah?

As Metal Injection points out, RiRi is no stranger to the world of metal. In the past, she’s sported tees for Nine Inch Nails and Judas Priest; revealed that Slipknot was once her favorite band; and even commissioned death metal designers to make gnarly logos for her. (Rihanna’s most recent album was also all about going against the mainstream.) Therefore, it’s not particularly surprising to see the nine-time Grammy winner showing off her love for heavy music.

It is, however, pretty cool to see that the Pantera shirt she’s wearing appears to be a genuine vintage edition. Per Metal Injection, Pantera have a similar pot-leaf shirt up on their merch store, but the one Rihanna has on features the words, “If Bad Company did it, So Can Weed”. According to a listing on the online auction retailer WorthPoint, the tee was made for Pantera’s 1991 Vulgar Display of Power tour, so if it’s an original printing then it was probably pretty tough to track down.

In addition to the tee, Rihanna brought back the mullet hairdo that she controversially debuted during the 2013 New York Fashion Week. The long-maligned hairstyle doesn’t seem too ridiculous now after Miley Cyrus, Kesha, and Euphoria star Barbie Ferreira have spearheaded its 2020 revival, but the added touch of wearing it with a Pantera shirt is undoubtedly striking for someone at Rihanna’s level of celebrity.

The stan accounts have already expressed their adoration for the new look, so check out some additional photos below. One can imagine Cyrus also cosigning this ‘fit, considering she herself is in a major metal phase, too.

These pics obviously give me 2013 vibes with the mullet 😍😍😍 #MulletAnna is back 😍😍😍 @rihanna and she is looking good af 😍😍 pic.twitter.com/NgWcmq5S7S