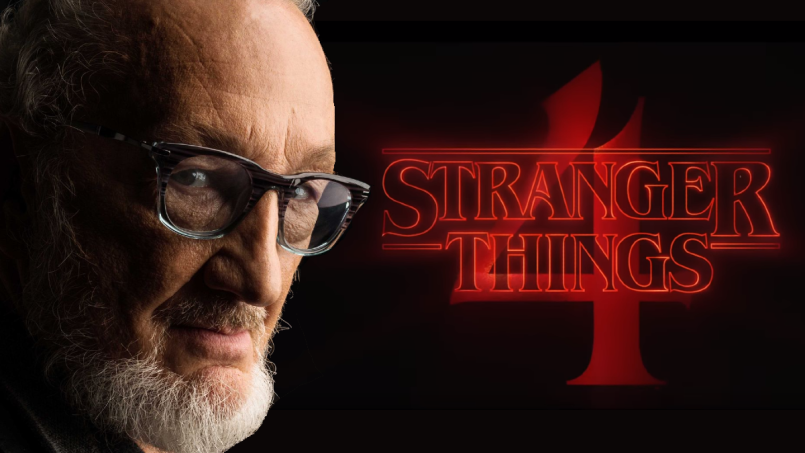 One, two, Freddy’s comin’ for … Hawkins, Indiana? So it seems. According to The Hollywood Reporter, A Nightmare on Elm Street alum Robert Englund is one of many stars to join the cast of Netflix’s highly anticipated Stranger Things 4.

Despite the show’s nostalgic ties, Englund won’t be reprising the iconic dream demon. Instead, he’ll be playing Victor Creel, “a disturbed and intimidating man who is imprisoned in a psychiatric hospital for a gruesome murder in the 1950s.”

He’s not the only new face fans can expect to meet. Netflix has announced an entirely new supporting cast, which isn’t too surprising given that promotion of the season has warned us that “we’re not in Hawkins anymore.”

Here are the regulars…

–Jamie Campbell Bower (The Mortal Instruments: City of Bones, Sweeney Todd) will play Peter Ballard, a caring man who works as an orderly at a psychiatric hospital. Tired of the brutality he witnesses day after day, will Peter finally take a stand?

–Joseph Quinn (Catherine the Great, Howards End) will play Eddie Munson, an audacious 80’s metalhead who runs The Hellfire Club, Hawkins High’s official D&D club. Hated by those who don’t understand him — and beloved by those who do — Eddie will find himself at the terrifying epicenter of this season’s mystery.

And here are all the recurring members…

–Sherman Augustus (Into the Badlands, Westworld) will play Lt. Colonel Sullivan. An intelligent, no-nonsense man who believes he knows how to stop the evil in Hawkins once and for all….

–Mason Dye (Bosch, The Goldbergs) will play Jason Carver. Jason seemingly has it all — he’s handsome, he’s rich, he’s a sports star, and he’s dating the most popular girl in school. But as a new evil threatens Hawkins, Jason’s perfect world begins to unravel…

–Tom Wlaschiha (Game of Thrones, Jack Ryan) will play Dmitri, a Russian prison guard who befriends Hopper. Dmitri is smart, cunning, and charming… but can he be trusted?

One curious omission is Maya Hawke’s brother Levon Roan Thurman-Hawke. Her sibling was caught filming scenes down in Atlanta, Georgia last month, and his appearance has already prompted fans to speculate if Maya’s Robin Buckley has a brother.

We’ll find out whenever Stranger Things 4 drops into our Netflix queue. Before COVID-19, most had speculated the series would return for the holidays — as hinted at the end of Season 3 — but obviously those plans were shattered back in March.

Odds are we can expect another blast from the past late next year. In the meantime, you can revisit all of our Stranger Things content, which includes guides, op-eds, videos, interviews, and podcasts. Or, you can rewatch the Season 4 teaser again below.