Plus, enter to win a PRS SE Santana Singlecut Trem guitar and the Abraxas vinyl 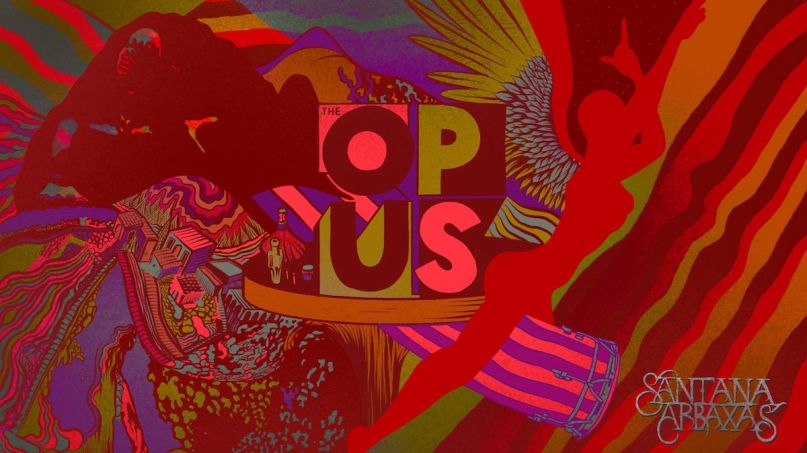 Consequence Podcast Network and Sony’s The Opus is back for Season 11 with a new host and a new classic album to explore. Beginning November 19th, host Jill Hopkins (The Moth Chicago, Making Beyoncé podcast) will conjure the enduring legacy of Santana’s landmark Abraxas.

Following the release of their self-titled debut and their subsequent performance at Woodstock, a world of possibility was opened to Santana for their sophomore record. Band leader Carlos Santana suddenly had the means to make the album he’d always dreamed of — but with that came added pressure. With his band of virtuosos around him, Santana set out to find new ways of blending rock music with jazz experimentation,  resulting in an effort unlike anything that had come before, and something that many have striven to emulate since.

As Hopkins traces the story of Abraxas from the summer of ’69 to today, she’ll be joined by Carlos Santana himself and band drummer Michael Shrieve. Other scheduled guests include musicologist Mark Brill, Dávila 666’s AJ Davila, and many more.

“I’m excited to help tell the story of an iconic album that has followed me from snuck-in listens at grown-up parties to full album immersions through headphones I probably paid too much for,” says Hopkins. “Abraxas sounds just as passionate, percussive, and pervasive to our shared culture as Carlos Santana meant for it to when he and his band of equally talented players stepped off of the Woodstock stage and into musical immortality.”

The premiere episode of The Opus: Abraxas debuts on Thursday, November 19th. Make sure you subscribe now to keep up on all the new episodes. Also grab yourself an official Opus hoodie or T-Shirt.

In addition, we’re celebrating the new season by giving away one (1) SE Santana Singlecut Trem in Egyptian Gold from PRS Guitars and a copy of Abraxas on vinyl. Five runners up will also receive vinyl editions of Abraxas. To enter, simply fill out the widget below. (Note: If you’re having trouble seeing the widget, enter here.)