Sharon Jones is Getting a Music Amphitheater Named After Her 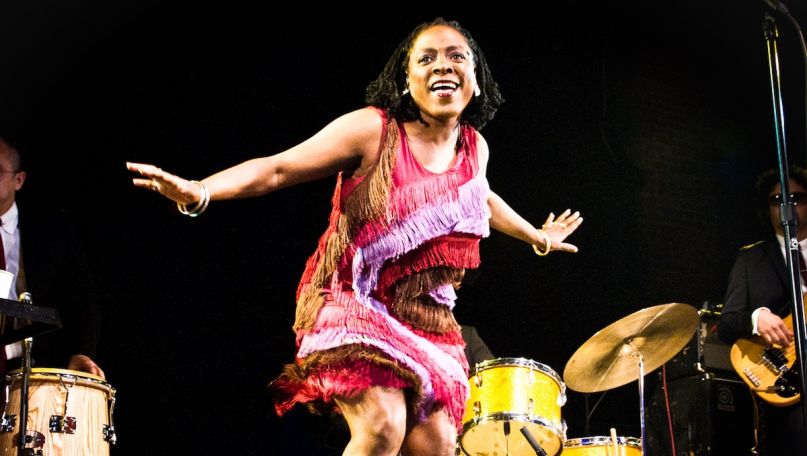 A music venue in South Carolina will be officially renamed after Sharon Jones, the soul legend who died in 2016 following a battle with pancreatic cancer. On Monday, the city council of North Augusta unanimously voted to rechristen their local Riverside Village Amphitheater as the Sharon Jones Amphitheater.

Jones was born in Augusta, Georgia, but spent most of her early years just across the Savannah River in North Augusta. Even after she moved to New York, the iconic singer often returned to visit and reconnect with family members still in the area.

“She could be herself here,” Jones’ sister, Willia Stringer, told Rolling Stone. “She would come back and go fishing. She found that relaxation here.”

Stringer, who was present for the city council’s vote, said that Jones “would be flabbergasted” over the venue news. She added, “We didn’t live far from there. My father used to walk down with us down to the river. Back then, there was nothing there but trees and the river.”

Gabe Roth, who heads up Jones’ longtime label Daptone Records, was similarly overwhelmed by the announcement. “This is so cool. No one was able to lift the room like she could,” he said. “It’s great to have a place where people will hit the stage and think of her. She would have been thrilled.”

“She had a lot of love for Augusta,” continued Roth. “When we got to play down there, she was so proud. She’d bring everybody out. It always felt like a homecoming.”

The idea to name the venue space after Jones can be attributed to Augusta Chronicle journalist Don Rhodes. Recognizing that North Augusta has drastically changed since Jones last lived nearby — especially with regards to how locals now treat the Black community — Rhodes pitched the name-change in his regular column, as well as to the town’s mayor.

“I kept harping on him,” Rhodes told Rolling Stone. “In North Augusta, there’s no public park or building named after a black citizen, and I said it was the right thing to do. And who else should be it named for? There’s nobody else from North Augusta who had that kind of worldwide fame.”

According to Stringer, Jones experienced racism as a child in North Augusta, so the honor of having a local venue named after her decades later is nearly poetic. “Sharon would tell me these stories about experiencing discrimination when she was growing up,” recounted sister Stringer. “She was born in a linen storage closet of the black wing of the hospital since they hadn’t have a room for her mother. She would tell me about white people siccing dogs on her and throwing rocks at her just because they could. But her life had a coming-around, full-circle thing to it. She saw how much the area has changed.”

In related news, last month Daptone Records released Just Dropped In (To See What Condition My Rendition Was In), a new compilation album filled with previously unreleased cover songs by Sharon Jones & The Dap-Kings. Revisit her take on a Stevie Wonder classic down below.