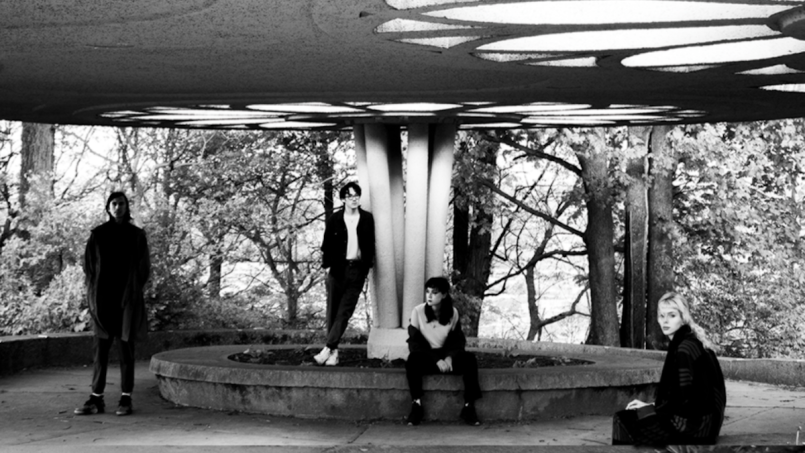 Smut is a quartet made up of Bell Cenower, Andrew Min, Sam Ruschman, and vocalist Tay Roebuck. They got their start in Cincinnati but are now based out of Chicago, and they first gained buzz with the 2017 shoegaze EP End of Sam-Soon. The new three-track Power Fantasy finds Smut branching out into a slightly poppier sound, taking influences from hip-hop and trip-hop along the way. According to a statement, the title track deals with the euphoria and disappointment of trying to change the world by yourself, while “Perfect Dark” is inspired by the beloved Nintendo 64 first-person shooter.

As for the lead single, “Fan Age” seems to follow an artist’s journey from optimism and support through lonely self-assurance. In the first verse, Roebuck sings of hero-worship and “Climbing up the backs of every idol you reside in,” with the high-effort approach of promising “gold in every short-winded letter.” By the second verse she feels pushed out of the nest, writing, “I’ve been abandoned/ Alone but I’m not lonely.” The third verse finds her doubting: “Sometimes I dream and think about a brand new person/ One who wouldn’t waver past the closing of the curtain.” But by the end of the song she’s added a new refrain that reflects growing confidence. She sings, “I don’t feel bad, I hold no guilt/ I’ve got this to do.” Check out the lyric video for “Fan Age” below.

Power Fantasy EP drops November 20th, and pre-orders are off and running. That same day, Smut will perform a livestream concert with Hypoluxo, and tickets are available here.