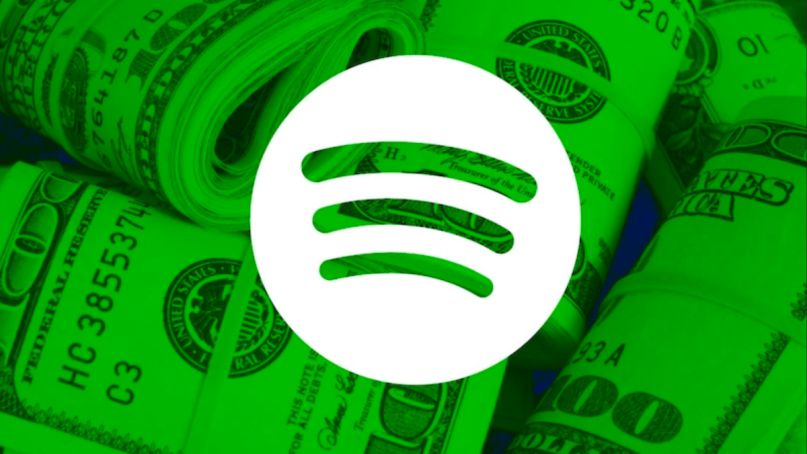 Just days after the Musician Workers Union launched their “Justice at Spotify” campaign to demand better royalty rates, the music streamer has announced a way to take more money from artists. Spotify has begun testing a new product called “Discovery Mode” that would boost a song’s algorithmic placement in exchange for lower royalties.

Spotify has a pretty decent track record of recommendation through its Autoplay and Radio features, which automatically play music it thinks listeners may like based on a number of “signals” (time of day, tempo, song length, etc). Discovery Mode adds in the element of money, giving artists a chance to give an extra push to “music that’s a priority for them.” The trade off is a “promotional” (read: reduced) royalty rate.

Essentially, when an artist has a song they want to highlight for whatever reason (Spotify notes things like album anniversaries or viral cultural moments), they can opt in to Discovery Mode. However, Spotify makes no promises that turning it on will actually increase a song’s appearance in “personalized listening sessions,” only that if it does, they’ll pay out a reduced rate for those streams. Because there’s no up-front cost, Spotify is framing this as a chance for artists to actually earn more on a track that may not have received as much exposure without the boost.

This may sound like payola — the illegal “pay-for-play” practice of shelling out money for heightened radio play — but Spotify is being careful to avoid the label. By using the “promotional recording royalty rate” instead of direct payment and only the “opportunity” for greater play without a strict guarantee, the streamer is skirting the less well defined laws of music on the web.

They’re also not revealing what that promotional rate actually is, though Spotify’s product marketing lead Charleton Lamb confirmed to Music Ally that it only factors in recording royalties and not publishing. (That is to say songwriters’ royalties aren’t impacted, only artists and labels.) “It does not mean lower royalties,” added Lamb. “If a track is performing well, rightsholders can see a positive ROI [return on investment]. And if they don’t, they can turn it off.”

(Editor’s note: This seems pretty ticky-tacky with language. Artists/labels might be getting more money on the deal, but they’re still receiving a lower royalty rate on a per-stream basis.)

Whether or not this works for artists and labels (who have to decide amongst themselves who is actually able to activate Discovery Mode) is yet to be seen. It could actually work, giving musicians the chance to increase exposure to particular songs, which in turn could attract more listeners in general, all leading to slightly more money. Or it could create unfair competition, where artists are pressured to opt in so they aren’t pushed aside by those who are willing to pay more.

“What was really important was that we wanted to be accessible to artists at any stage of their career,” argued Lamb. “It won’t require any budget upfront. The model is accessible, democratic, it’s more fair. You don’t have to pony up cash.”

Either way, as Music Ally notes, the experiment may be tipping Spotify’s hand a bit in terms of “equitable remuneration.” The UK Parliament is launching an inquiry into the economics of streaming, including whether passive streams (e.g., Spotify Radio and Autoplay) should be treated like regular radio play, which would mean larger royalty payouts to artists instead of labels. While Discovery Mode isn’t directly related to this, it does show that Spotify is able to adjust payouts for different types of passive streaming.

In fact, Spotify tacitly admitted to as much in their own blog post announcing the new trial feature:

“We’re testing this to make sure it’s a great experience for both listeners and artists. To start, we’ll focus on applying this service to our Radio and Autoplay formats, where we know listeners are looking to discover new music. As we learn from this experiment, we’ll carefully test expanding to other personalized areas of Spotify.”

That also leaves open the potential for Spotify to find more ways to milk money from publishers, songwriters, artists, and labels to increase play via various features. We’ll have to wait and see if that actually benefits the music makers themselves in the long run.

Editor’s Note: During the pandemic, Consequence of Sound is supporting independent musicians by donating a portion of all proceeds from our webstore to MusiCares’ COVID-19 Artist Relief. Pitch in by picking up one of our custom face masks or T-shirts.