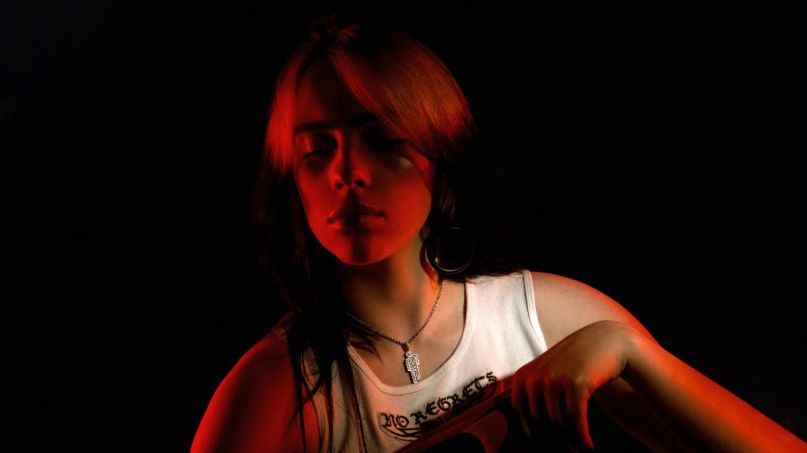 Much to the displeasure of the Trump Administration, Billie Eilish’s global domination only continues to strengthen. The Grammy-winning megastar and our 2018 Rookie of the Year has unleashed a new single today titled “Therefore I Am”.

Over a swaggering hip-hop-like beat, Eilish can be heard nonchalantly shrugging off a certain someone. “So go and have fun, I really couldn’t care less, and you can give him my best,” she sings early on, before making things crystal clear on the chorus: “I’m not your friend… or anything.”

The accompanying video finds Eilish dancing around in a deserted shopping mall in Glendale, California, “a familiar stomping-ground for Billie during her early teen years,” according to a press release. Watch it below.

“Therefore I Am” follows the release of “my future”, which Eilish released over the summer. It also comes on the heels of last month’s “WHERE DO WE GO?” concert livestream, which we praised as a “groundbreaking arena pop experience.”

As Eilish never seems to slow down, the pop singer is next expected to perform at next month’s American Music Awards and iHeartRadio’s virtual Jingle Ball event. She also has an Apple TV+ documentary, The World’s A Little Blurry, due out early next year.

Billie Eilish – “Therefore I Am”
The new single
Out Thursday 11/12 at 10am PT pic.twitter.com/AePdW108Hh