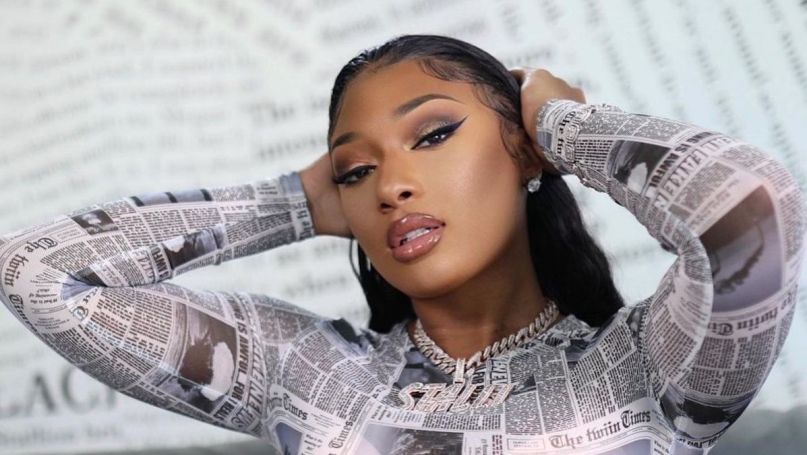 Breaking news, hotties: Megan Thee Stallion has just dropped her debut album Good News, and it features a bevy of front-page guest stars. You can stream it below via Apple Music and Spotify.

As this is her first studio record, Megan pulled out all the stops for Good News. Obviously, peak hotness comes in the form of Beyoncé appearing on the “Savage” remix, one of our favorite songs of 2020 so far. There are also exciting contributions from SZA, DaBaby, Big Sean, City Girls, Young Thug, Lil Durk, Popcaan, and 2 Chainz.

Previous singles like “Girls In the Hood” and “Don’t Stop” appear on the LP. There’s also a track titled “Shots Fired”, which appears to reference her ongoing beef with Tory Lanez. During an altercation in July, Megan was shot in the foot by the Canadian rapper. Lanez has denied he was behind the trigger — even releasing a whole album about it called DAYSTAR — but was recently charged with felony assault in connection with the incident. If convicted, he could face up to 22 years in prison.

Wondering what Megan’s biggest inspiration was while recording the album? Apparently herself. “How can I outdo myself? How can I be better than I was last year?” the breakout rapper said in a short promo video. She also said that inspiration comes from “women [that] just like, you know, really feeling theyselves. I like that.”

Good News follows Hot Girl Meg’s Fever mixtape from 2019 and her trio of EPs, Make It Hot (2017), Tina Snow (2018), and Suga, which was released this past March. This year has also seen the hip-hop artist drop her Cardi B-assisted mega hit “WAP”, as well as deliver a powerful Saturday Night Live performance in remembrance of Breonna Taylor.