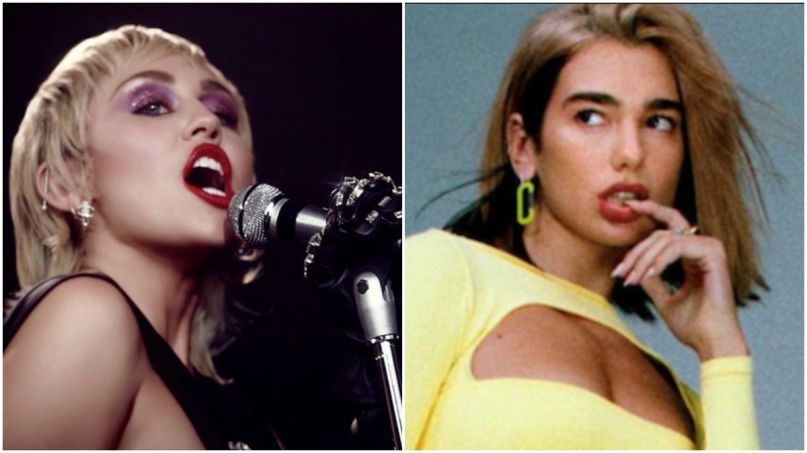 Since dropping the record’s lead single “Midnight Sky” back in August, Cyrus has covered Blondie’s “Heart of Glass”, released a remix of “Midnight Sky” called “Edge of Midnight” featuring Stevie Nicks, and even spilled the beans that she’s working on a Metallica covers album. It’s been a strange album rollout that’s put a lot of focus on non-album tracks and her obsession with live covers, but “Prison” will indeed appear on the record’s 12-song tracklist.

Considering that Cyrus tapped Metallica and Britney Spears as her main inspirations for the album’s new sound, and Dua Lipa’s latest album is full of bubbly, ’80s-indebted club pop, the pairing is a little bit unusual on paper. However, the two stars exude a natural chemistry on “Prisoner”. Check out the song below via its music video.

In addition to her collaboration with Dua Lipa, Plastic Hearts will feature guest appearances from Billy Idol and Joan Jett (the clear spiritual inspiration behind Cyrus’ new mullet). The record is due out November 27th. In the meantime, check out our list of the Top 10 Miley Cyrus Rock and Roll Covers.

Dua Lipa has also been busy as of late. Last month, she released a new song called “Fever” and invited DaBaby aboard for a new version of the Future Nostalgia cut “Levitating”. Next month, she’ll co-headline iHeartRadio’s Virtual Jingle Ball alongside Billie Eilish and Harry Styles.