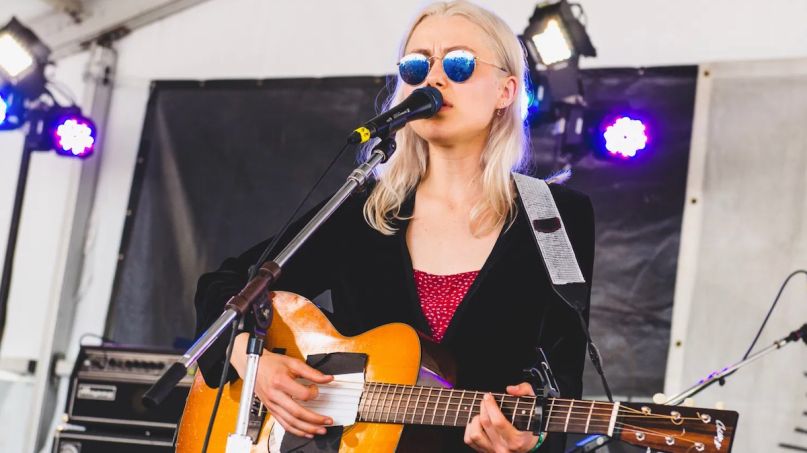 Phoebe Bridgers has been one of the bright spots in a very, uh, punishing year, and today she’s just dropped a new EP to soothe us all. Her Copycat Killer EP is out today on Dead Oceans, and you can stream it below.

For this new collection, our former Artist of the Month reimagines four songs from her acclaimed sophomore album Punisher, which came out in June. “Kyoto”, “Savior Complex”, “Chinese Satellite”, and the title track are presented in a new light, thanks to new instrumentation.

Additional violin and cello were provided by yMusic’s Rob Moose, a string player and arranger who has worked with Bon Iver, Taylor Swift, FKA twigs, and John Legend. These new adornments transform Bridgers’ music into sparkling gems from heaven, giving her voice an even greater lightness and clarity. (Quite a feat considering how pristine its source material already was.)