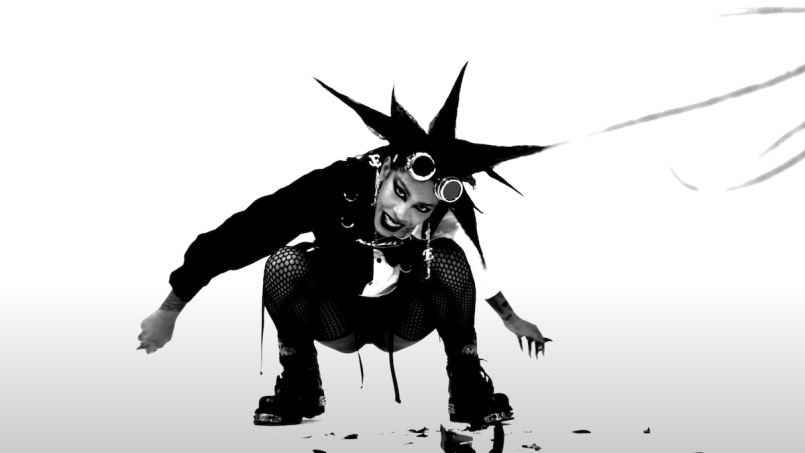 On Monday, Rico Nasty formally announced her debut album, Nightmare Vacation. Due out in just a few weeks, the project is being teased now with “OHFR?”, a new single that reunites the young rapper with Dylan Brady of 100 gecs.

Over the summer, the two acts joined forces on Rico track “iPhone”, as well as on 100 gecs’ “ringtone” remix alongside Charli XCX and Kero Kero Bonito. Not unlike those previous offerings, “OHFR?” continues to see Rico and Brady finding their collaborative sweet spot all while disregarding genre barriers.

Rico is as fearless and unapologetic as ever as she rap-growls, “I been movin’ how I want/ Fuck how you feel.” Brady’s booming production here is a departure from 100 gecs’ adrenaline-crazed hyper-pop, but fits right in with Rico’s calculated confidence.

Check out the track’s official video below. Helmed by director Spudmckenzie, it features the Maryland MC in a host of eye-catching outfits, including one that screams punk-rock-monster-meets-’90s-Missy-Elliott. Miley Cyrus isn’t the only one who’s got an inner rock star that’s just itching to come out.

Nightmare Vacation arrives December 4th. For more, revisit “Own It” and “Don’t Like Me” featuring Don Tolliver and Gucci Mane. Rico is also expected to appear on the new album from Kali Uchis later this month.