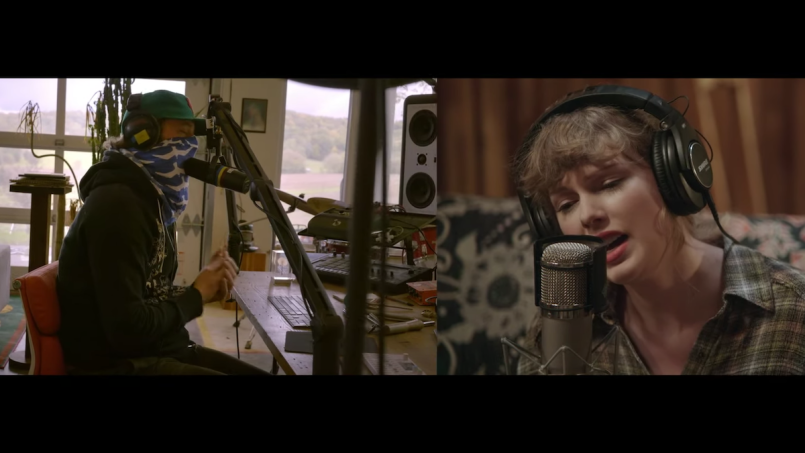 As promised, Taylor Swift has released her new folklore-focused film, the long pond studio sessions. The pop singer has also revealed a corresponding live album version of those sessions.

Due to the ongoing pandemic, the original folklore LP was recorded remotely while in quarantine. Today’s two projects see Swift finally meeting up with her collaborators (IRL!) to perform the album live from start to finish for the first time. She, Jack Antonoff and Aaron Dessner convened at The National’s Long Pond Studio in Hudson, New York. Bon Iver’s Justin Vernon, who duets with Swift on “exile”, beamed in remotely.

“It’s an album that allows you to feel your feelings, and it’s a product of isolation,” Swift said in the film’s trailer. At another point, she remarked to Dessner, “This could’ve been a time where I absolutely lost my mind, and instead, I think this album was a real flotation device for both of us.”

folklore: long pond studio sessions the film is available to watch now over on Disney+ (sign up here). Swift has shared a special excerpt from it, her “exile” duet with Vernon. This may be the only in-person collaborative performance we’ll see from these two for a long while, so take it all in below. Find the full live album version after the jump.

In other news, Swift is in the process of re-recording her old albums after Scooter Braun sold the masters to an investment fund without her knowledge.