System of a Down Release First New Songs in 15 Years: Stream

by Alex Young and Spencer Kaufman 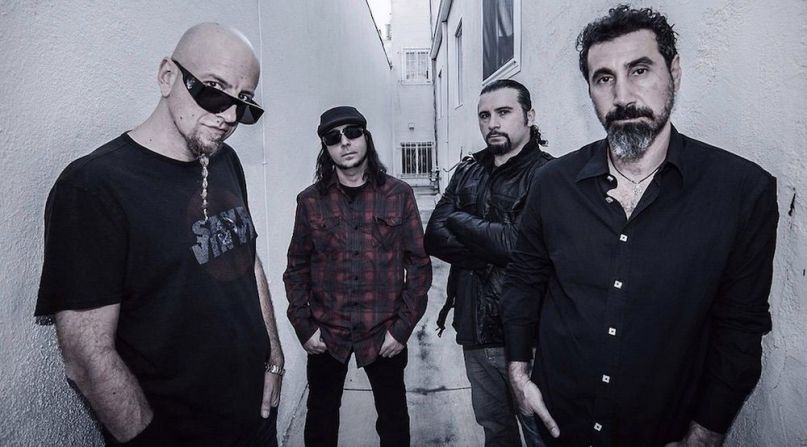 System of a Down

System of a Down have returned with their first new recordings in 15 years. Titled “Protect the Land” and “Genocidal Humanoidz”, the songs are being released as a way to to draw attention to the “serious war being perpetrated upon our cultural homelands of Artsakh and Armenia” by Azerbaijan and Turkey, according to a statement from the band.

“The time to do this is now, as together, the four of us have something extremely important to say as a unified voice,” the band explains. “These two songs, ‘Protect The Land’ and ‘Genocidal Humanoidz’ both speak of a dire and serious war being perpetrated upon our cultural homelands of Artsakh and Armenia.

“We’re proud to share these songs with you and hope you enjoy listening to them. Further, we encourage you to read on to learn more about their origins and once you do, hope you are inspired to speak out about the horrific injustices and human rights violations occurring there now. Most importantly and urgently, we humbly implore you to donate, in sums small or large to help those adversely affected with what are ever growing accounts of crimes against humanity.”

As singer Serj Tankian further explains in a press release, “The aggression and injustice being perpetrated against the Armenian people in Artsakh and Armenia by Azerbaijan and Turkey is a human rights violation and a war crime. All of us in System realize this is an existential battle for our people, so this is very personal for us. What we need right now is for the world to put politics aside and support Armenia by sanctioning Turkey and Azerbaijan and recognizing Artsakh.”

Proceeds from the songs — which are available to purchase via the band’s merch store (on split 7-inch vinyl), Bandcamp, and Amazon — will “provide crucial and desperately needed aid and basic supplies for those affected by these hideous acts.” Both are also available to stream below, and you can also read SOAD’s full statement addressing the situation in Armenia.

Prior to today, the members of System of a Down hadn’t released new music together since their pair of 2005 albums, Mezmerize and Hypnotize. The band has remained an active touring entity, but Tankian previously expressed resistance in releasing another album. “I’ve always felt continuing to do the same thing with the same people over time is artistically redundant even for a dynamic outfit like ours,” Tanakian said in 2018, when he and guitarist-singer Daron Malakian publicly revealed various reasons why the band wasn’t making new music. It seems recent events in the band members’ ancestral home has led to a change of tune; whether or not there’s more to come, however, remains to be seen.

The songs also come at a time when Tankian and drummer John Dolmayan have been expressing opposite viewpoints on American politics, with Tankian calling for the end of the Trump regime and Dolmayan decidedly pro-Trump. “I texted, ‘no matter how we feel about each other, no matter what issues linger from the past, we need to put them aside because this is bigger than System of a Down and bigger than all of us …. We need to do something to support our people’,” explains Dolmayan of the decision to record and release the new tracks.

Watch the “Protect the Land” music video (animated by D.S. Bradford and executive-produced by bassist Shavo Odadjian) and listen to the song “Genocidal Humanoidz” below.

The music and lyrics speak for themselves. We need you to speak for Artsakh. https://t.co/3zHg44xj2j to download, pre-order, and donate now. pic.twitter.com/qAhwmR0ewp