Irish post-punk group is signed to the new label from Alan McGee, known for his work with My Bloody Valentine and Primal Scream 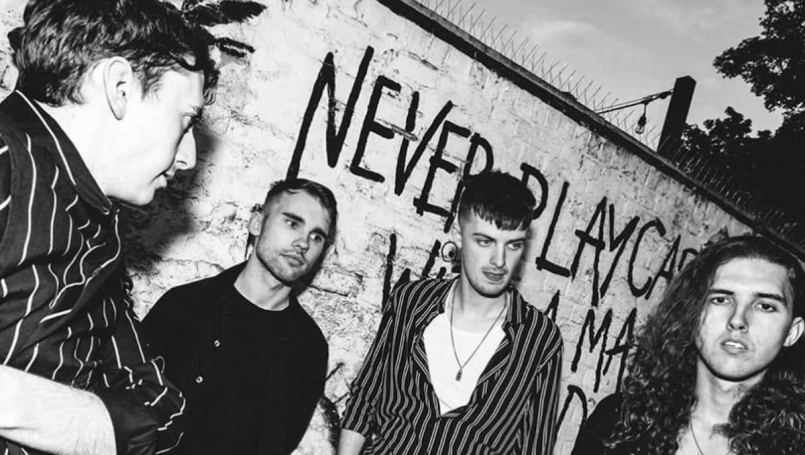 The Clockworks, photo via Bandcamp

The London by way of Garland, IE band have only put out a handful of singles since McGee signed them back in 2019, but all of them have been incredibly promising for such a young act. That said, “Enough Is Never Enough” is definitely their best so far, as it finds a happy middle ground between the snarling post-punk of IDLES, the hollering garage rock of The Hives, and the gloomy indie-punk of early Cloud Nothings.

It’s equal parts catchy and clamorous on the musical end, but it also contains some sharp lyrics that speak to the political unrest in their home country. “Romantic Ireland’s dead and gone / It’s with O’ Leary on the plane,” frontman James McGregor quips with biting inertia. “And everybody loves to bitch/ Factions speak louder than herds”, he continues.

The accompanying video features each member of the band playing in a different panel of a four-way split-screen. Check it out below.

According to an article in Northern Exposure, The Clockworks relocated to London in 2019 and got the attention of Alan McGee by DMing him on Instagram and saying that their music was like “the streets with guitars.” McGee supposedly showed up to their practice space and was instantly blown away, and they’ve been releasing music on his new imprint Creation 23 ever since.

It’s a questionably cinematic origin story, but the The Clockworks do sound like the kind of thing McGee would’ve lapped up on Creation Records back in the day. Take a listen to some of their other tracks like “Can I Speak To A Manager?” and “Bills and Pills”.