The Green Mile Has One Of Stephen King’s Best Endings 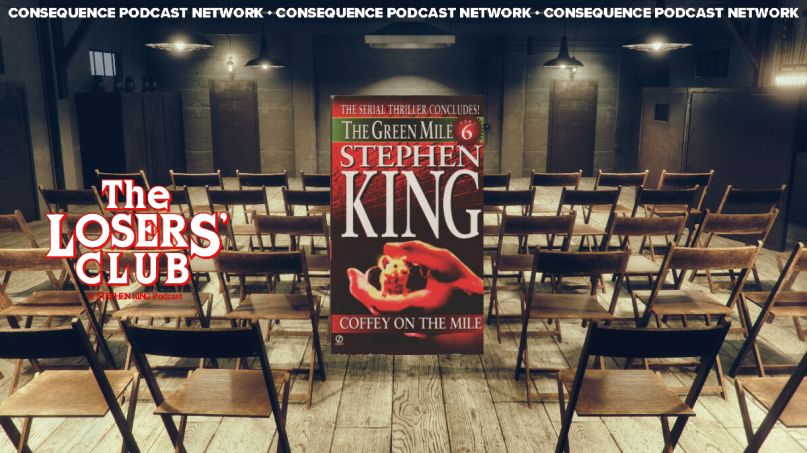 The Losers' Club - The Green Mile

“Time takes it all, whether you want it to or not.”

The Losers are still roaming around the halls of Georgia Pines. They’ve had their eggs, they’ve eaten their toast, and they’re still listening to Paul Edgecombe as he tells his story over a warm glass of orange juice. The end is near, though.

Join Dan Caffrey, Jenn Adams, Dan Pfleegor, and Michael Roffman as they reach the last pages of Stephen King’s 1996 serialized novel, The Green Mile. In the second of two episodes dedicated to the book, they discuss its blemishes, its beauties, and its bones.

They also discuss the loose connections to King’s other works (there is one intriguing tie to The Dark Tower), the many, many slices of poundcake within, and eventually how many bright-red Pennywise clown noses this novel deserves.

So, grab some bacon and listen above.