Over four-episodes, the Super High Quality Podcast will detail the creation of the band's new LIVE DRUGS album 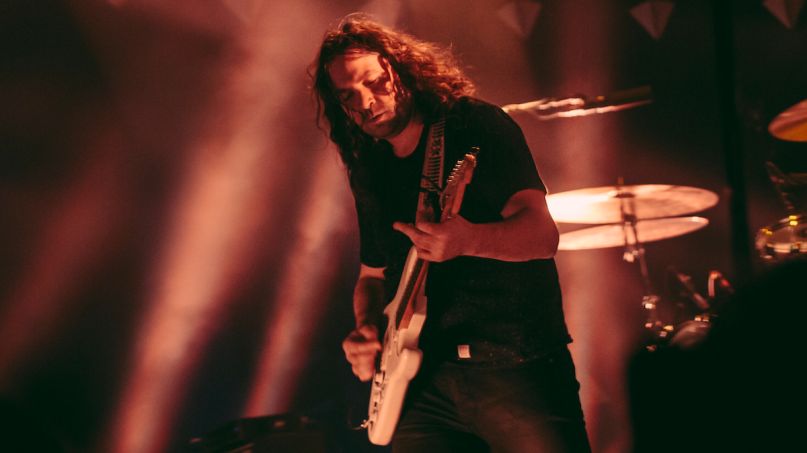 The War on Drugs, photo by Matthias Heschl

The War on Drugs frontman Adam Granduciel will launch his very own imprint, Super High Quality Records, with the release of a new live album, LIVE DRUGS, on November 20th. That same day, the band will also unveil the first episode of Super High Quality Podcast, a new series detailing the creation of the LP. Today, the band has shared latest single from the record, a cover of Warren Zevon’s “Accidentally Like a Martyr”, as well as a teaser for the upcoming podcast.

The four-episode Super High Quality Podcast is hosted by The War on Drugs’ guitar tech and confidant Dominic East. Throughout the weekly series, he’ll listen in as the group describes the process behind creating LIVE DRUGS, from revealing stories about the performances featured on the album to how they made sequencing decisions in a year when live shows are grounded. The collection was culled from performances across years of touring, so while LIVE DRUGS documents the band’s sonic evolution, Super High Quality Podcast will serve as an oral history of that growth.

In anticipation of both the live album and the accompanying podcast, The War on Drugs have shared their cover of Zevon’s “Accidentally Like a Martyr”. Granduciel described the original track in a press release as “so simple and true, you should ever be lucky to write a song that simple.”

Take a listen to the live cover below, followed by the Super High Quality Podcast trailer.

The War on Drugs previously shared the LIVE DRUGS rendition of the A Deeper Understanding single “Pain”. They also appeared on Fallon late last month to debut “Ocean of Darkness”, their first original music since the aforementioned full-length arrived in 2017.