An ode to ditching the holiday icon 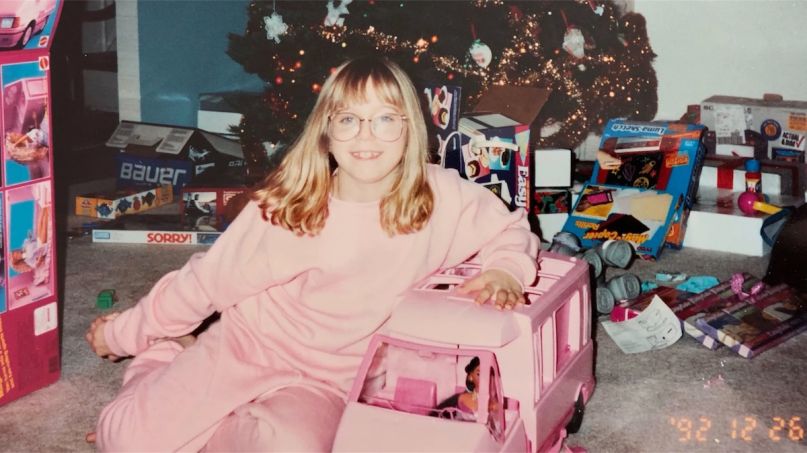 December officially begins tomorrow, which means Christmas is right around the corner. As such, Boston-based experimental pop group U.S. Girls are getting into the holiday spirit with “Santa Stay Home”, a new tongue-in-cheek song that they released earlier today.

Bandleader Meg Remy co-wrote the track with Rich Morel, a prominent dance music producer, to question why Christmas idolizes Santa Claus. That probably sounds weird until you remember that he’s a pajama-wearing elder who sneaks around at midnight and breaks into strangers’ houses to leave them presents. “When one stops to really think about it,” said Remy in a statement, “Santa is creepy and Christmas makes no damn sense.”

Distant chimes and icy keys set the scene for Remy to confront his suspicious lifestyle on “Santa Stay Home”. “I can’t have you coming in my house/ I don’t know what you’re all about,” she sings. “Jolly pusher pushin’ more, more, more/ It’s like the news don’t reach the North Pole.” The whole thing is set to an uptempo indie rock groove that makes you want to dance. Who knew the thought of ditching Christmas’ icon for good would be so jolly? Stream it below.

Earlier this year, U.S. Girls released Heavy Light, an entrancing album that features one of the best songs of the year so far, “4 American Dollars”. Band member Kass Richards also announced that her solo debut is due out on December 4th. It’s called The Language Shadow and it includes contributions from Basia Bulat and Arcade Fire’s Tim Kingsbury.