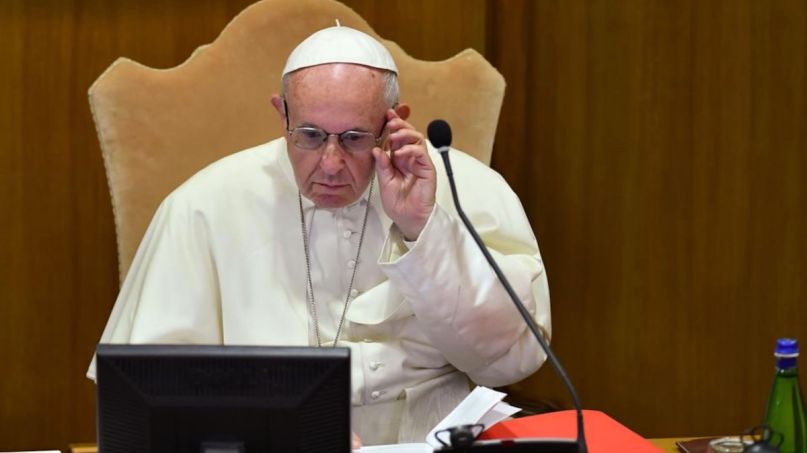 Pope Francis might have just done the most liberal thing of his entire holy career. Last week, the Pope’s Instagram account liked a photo of a woman in a miniature schoolgirl outfit sticking her butt out. And now the Vatican, encountering what is surely a first in its multiple-century-long history, has officially launched an investigation into the matter.

“An official for the Holy See Press Office declined to comment on the event,” reports CNA. “Sources close to the Vatican press office confirmed… that the pope’s various social media accounts are managed by a team of employees, and that an internal investigation is underway to determine how the ‘like’ happened.”

they caught The Pope in 4K pic.twitter.com/nvkzekdkHM