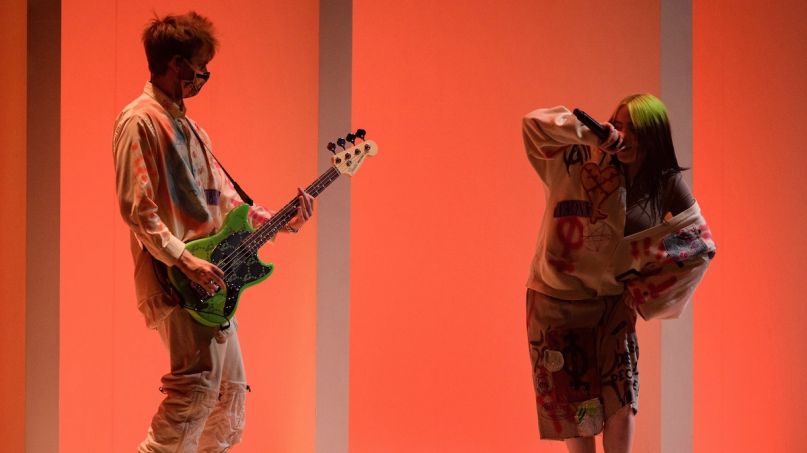 Earlier this month, Billie Eilish released her newest single “Therefore I Am”. For her 2020 American Music Awards appearance on Sunday, the pop megastar and our former Rookie of the Year performed the song live for the very first time.

While the track’s official video saw Eilish wander around an empty California mall, tonight’s performance featured the iconic teen and brother FINNEAS surrounded by various rooms and hallways drenched in red light. Replay it all down below (unless you’re a Trumper).

“Therefore I Am” follows closely behind “my future” from over the summer. It also comes on the heels of last month’s “WHERE DO WE GO?” concert livestream, which we praised as a “groundbreaking arena pop experience.” Looking ahead, Eilish is next set to perform at iHeartRadio’s virtual Jingle Ball event. She also has an Apple TV+ documentary, The World’s A Little Blurry, due out early next year.

This year’s AMAs were broadcast live from the Microsoft Theater in Los Angeles. Hosted by Taraji P. Henson, it boasted additional performances from BTS, The Weeknd, and Megan Thee Stallion.

VIDEO: @BillieEilish performs her hit single, "Therefore I Am" at the #AMAs.