A festive and cozy rendition just in time for the holidays 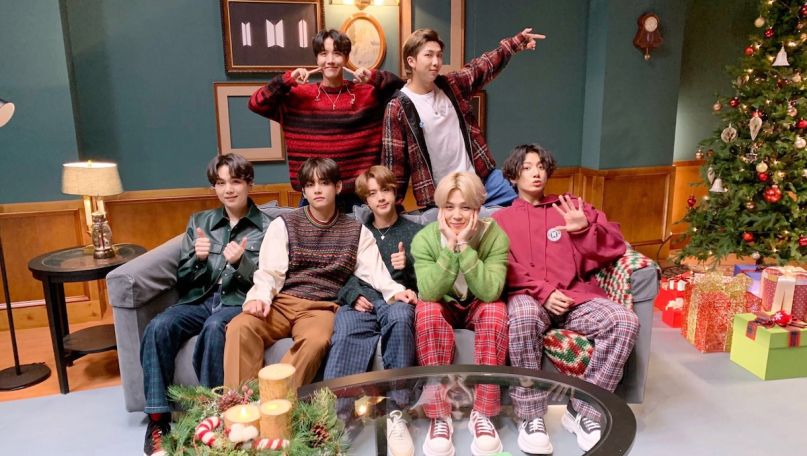 On Monday, BTS fans were gifted the best holiday present of them all: the Bangtan Boys under their Christmas tree. Following appearances on Good Morning America and the 2020 American Music Awards, the K-pop megastars visited The Late Late Show with James Corden, where they performed their latest single “Life Goes On” in extraordinary festive fashion.

The group’s virtual setup was made to look like a series of cozy living rooms decked out in seasonal decor, complete with Christmas trees, wreaths, candles, and even indoor snow. All seven members of BTS — J-Hope, Jimin, Jin, Jungkook, V, RM, and Suga — were of course dressed for the occasion, outfitted in toasty sweaters, cardigans, and hoodies. We now clearly need an entire merch line dedicated to BTS Christmas.

Replay the video down below.

“Life Goes On” is the second single from the beloved boyband’s most recent album, BE. BTS previously appeared on Corden earlier this year when they took a ride on Carpool Karaoke.

bts in the late late show with james corden💜✨ pic.twitter.com/IknHNVr5fb