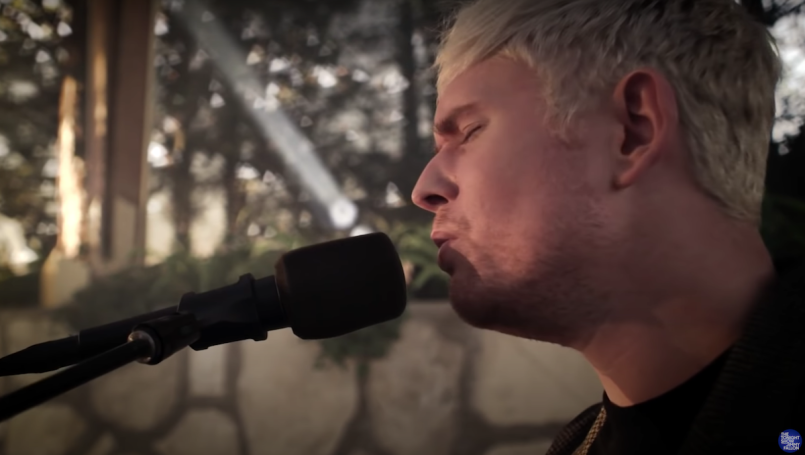 Back in September, James Blake released his official studio cover of Frank Ocean’s “Godspeed”. On Thursday, the UK crooner brought his acclaimed rendition to The Tonight Show Starring Jimmy Fallon.

Broadcasting outside from a wooded area, Blake performed the Blonde cut on his trusty piano (and still with his blonde-dyed hair). The whole thing was wonderfully serene, especially with the sunlight peeking through the canopy of trees around him. Blake, of course, is intimately acquainted with “Godspeed”, as he provided both production and arrangement on Ocean’s original version. Watch the video replay below.

Blake has been on a bit of a covers streak since the pandemic began. In recent months, he’s also tackled Nirvana’s “Come as You Are”, Joni Mitchell’s “A Case of You”, Radiohead’s “No Surprises”, and “Billie Eilish’s “when the party’s over”.

In terms of original material, Blake returned to his clubby dance roots on the October-released Before EP, which featured contributions from The Good Place actress and his partner, Jameela Jamil. Earlier in the year, Blake also revealed the songs “You’re Too Precious” and “Are You Even Real?”.