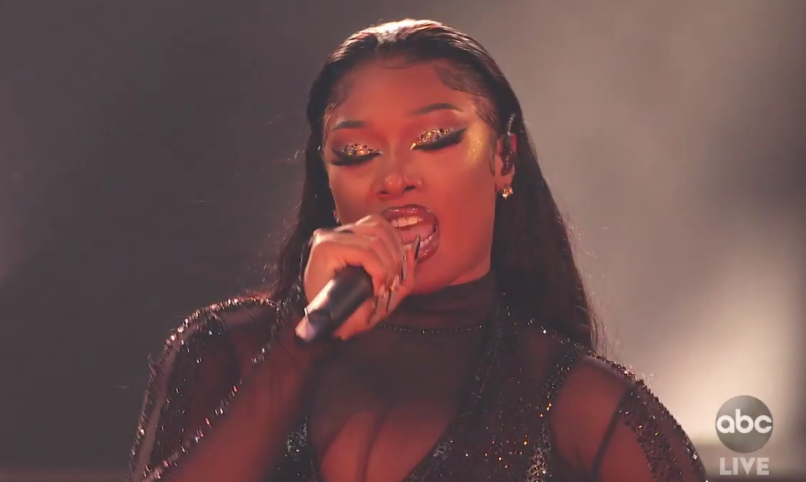 The new single praises bodies of all shapes and sizes, and Hot Girl Meg wasted no time celebrating her own onstage. She and her troupe of dancers were outfitted in glittery and lacy black leotards as they shook, bounced, and proudly flaunted all their assets. Replay the video below.

The AMAs were broadcast live from the Microsoft Theater in Los Angeles. Hosted by Taraji P. Henson, it also boasted performances from The Weeknd with Kenny G, BTS, and Billie Eilish.