"This is the most important election of our lifetime. It is imperative that everyone vote to restore our democracy." 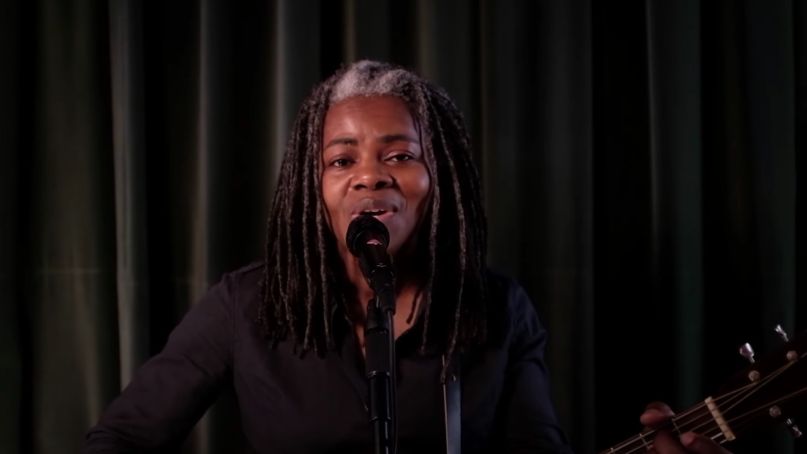 Tracy Chapman very rarely makes TV appearances, but she did so Monday night to remind viewers to vote on Election Day. The 56-year-old songwriter delivered her urgent message via a stirring performance of “Talkin’ Bout a Revolution” on Seth Meyers. Watch below.

“This is the most important election of our lifetime. It is imperative that everyone vote to restore our democracy,” Chapman remarked prior to the televised broadcast, her first since 2015.

In his own statement about Chapman’s performance, Meyers said, “I’ve always thought Tracy Chapman’s music skips your ears and goes straight to your heart.  I’m so honored and excited to have her on the show.  She’s living proof you can be a great artist while also speaking out for what you believe in.”

Although Chapman didn’t explicitly endorse or condemn a candidate, 1988’s “Talkin’ Bout a Revolution” probably speaks for itself. For what it’s worth, it was also previously used by Bernie Sanders during his 2016 presidential campaign. Here’s a portion of the song’s lyrics: