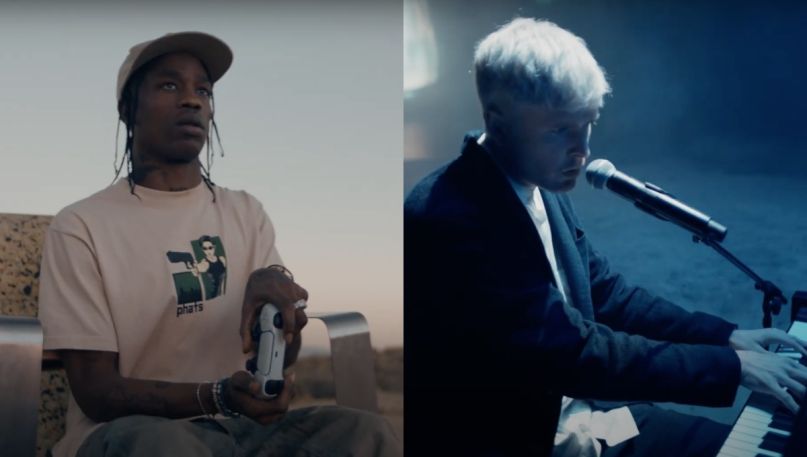 More than just a McDonald’s rep, Scott announced late last month that he’d been appointed a strategic creative partner for Sony and PlayStation. As part of that deal, Scott and his Cactus Jack company was tapped to narrate PS5’s global launch campaign, as well as collaborate with Nike on a new colorway of PS5-inspired Dunk Low sneakers.

Scott’s strategizing culminated in last night’s livestream, officially titled “PS5 Unboxing Reimagined.” True to its name, the event was nothing like your run-of-the-mill unboxing video. There was footage of Scott out in the desert testing out the console on an enormous screen, in addition to scenes of the rapper battling teens in South Central Los Angeles. Of course, no unboxing would be complete without plenty of actual looks at PS5 games.

About halfway through, the livestream cut to Blake, apparently out in the desert, too. The UK crooner proceeded to perform a chilly, stripped-down version of “Do You Ever” on his piano. The track was released just weeks ago as part of his dance music-oriented Before EP. Aside from his and Scott’s collaborative single “Mile High”, it’s unclear what Blake has to do with PS5, but we’re certainly not complaining about his involvement here.

To close out the livestream, Scott honored late rapper Pop Smoke, who died earlier this year. Footage of the two of them appeared onscreen while “Gatti”, their 2019 joint single, blared in the background.