Marvel’s WandaVision Gets January Release Date on Disney Plus 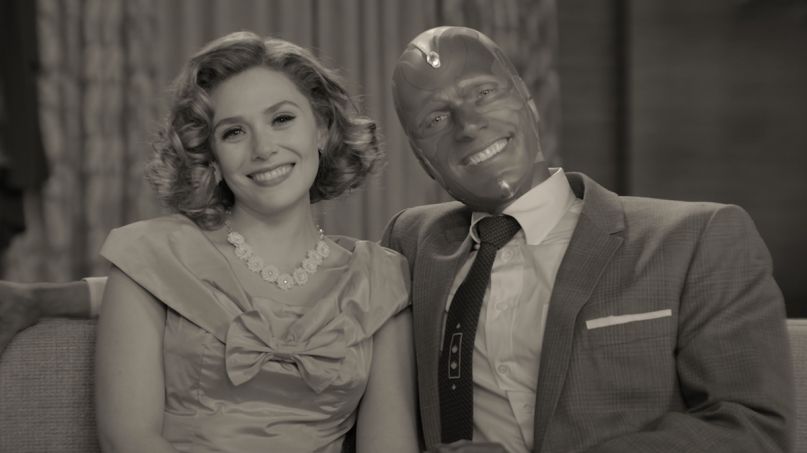 Disney+ has given WandaVision, the streamer’s first Marvel Cinematic Universe series, a premiere date of January 15th, 2021. The show was initially expected to arrive in December, but it looks like fans will have to wait just a bit longer.

WandaVision, which stars Elizabeth Olsen as Wanda Maximoff a.k.a. the Scarlett Witch and Paul Bettany as Vision, was actually meant to be the second MCU show to hit the streaming service. The Falcon and Winter Soldier was originally scheduled to arrive first over the summer, but COVID-19 caused production delays that pushed it back to 2021. WandaVision was further along and continued to target a December release, but it’s now clear Marvel Studios needed a little more time to finish up the six-episode series.

Picking up after the events of Avengers: Endgame, the show finds Wanda and Vision attempting to live the idyllic suburban life through the lens of decades of television sitcoms. Of course (and spoiler alert here, as if you’re reading this and didn’t already know) Vision very emphatically died at the end of Avengers: Infinity War, so something is off here from the jump.

How Vision is back isn’t even the greatest mystery, either. Promos for WandaVision have long teased that a pair of babies will play a central role, and Marvel head Kevin Feige has said the series will directly connect to Doctor Strange in the Multiverse of Madness. What both these facts mean for the future of the MCU has been keeping fans on tenterhooks waiting for WandaVision to finally see release. For now, the teaser below will have to suffice.

WandaVision also introduces Teyonah Parris as an adult Monica Rambeau (the kid from Captain Marvel) and Kathryn Hahn as the “nosy neighbor” Agnes. Kat Dennings reprises her role as Darcy Lewis from the Thor series, while Randall Park is back as FBI agent Jimmy Woo from Ant-Man and the Wasp.

In addition to WandaVision and The Falcon and the Winter Soldier, Marvel is prepping a Loki mini-series that, for now, is also expected in 2021. Over the last few months, Marvel has continued to expand its Disney+ slate, tapping Orphan Black star Tatiana Maslany to headline the She-Hulk series from director Kat Coiro, and bringing in newcomer Iman Vellani for Ms. Marvel. Samuel L. Jackson was recently announced to be reprising his Nick Fury role for a series of his own, while Oscar Isaac is reportedly in talks to star in Moon Knight. Jeremy Renner’s Hawkeye is also still in the cards, with Hailee Steinfeld long rumored to be taking the part of Kate Bishop.