She performs a nocturnal anthem during the show's 51st (!) season 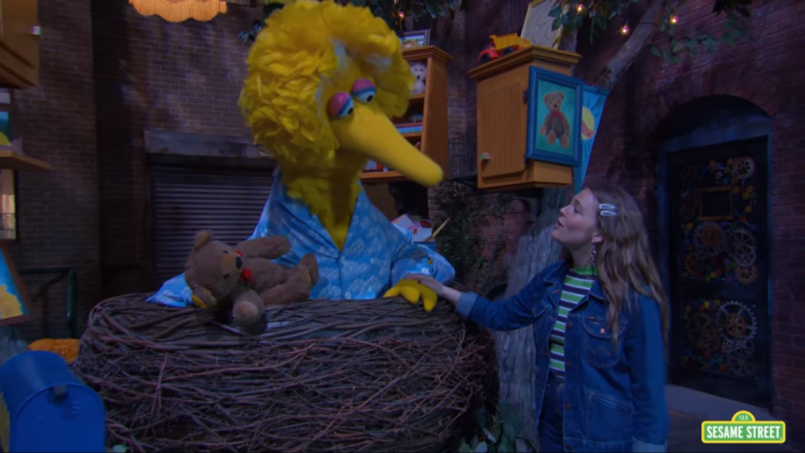 Sesame Street is back with its 51st (!) season, and this week’s episode features a wholesome performance by Maggie Rogers. The indie-folk songwriter sings a nocturnal anthem called “It’s Nighttime” while she shows off all the cool critters and astronomical wonders that come out when the sun goes down.

The plot of the episode finds Abby, Rudy, Elmo, and Charlie embarking on a camping sleepover that goes awry when their marshmallows go missing. While the four characters are on the hunt for their toastable treats, Rogers emerges to highlight the rich ecosystem of the nighttime —  fireflies, raccoons, bats, zooming comets, and a “wise old owl” who just so happens to be a mean saxophonist.

After getting her viewers all amped up about the magic of the moonlight, Rogers makes sure to emphasize that bedtime is also part of the equation (you’re welcome, parents). “And when you are done having your fun/ Make sure that you lay down now/ You need your rest now,” she sings to a sleepy Big Bird.

The episode premiered today on HBO Max, as this is the first season the show has debuted new episodes on a streaming service before heading to broadcast. Watch the full performance below.

The Grammy-nominated Rogers is one of many celebrity guests who will appear throughout the next 33 episodes. Hailee Steinfeld, Billy Porter, Kelsea Ballerini, Issa Rae, and Stephen and Ayesha Curry will all make cameos this season, which is a testament to the longstanding diversity and togetherness that the show embraces. New episodes will air every Thursday on HBO Max.

Last week, Rogers teamed up with Phoebe Bridgers to cover the Goo Goo Dolls’ “Iris”, which Bridgers promised she would do if Trump lost the election. Earlier this year, Rogers performed at the DNC and made it into Barack Obama’s coveted summer playlist.