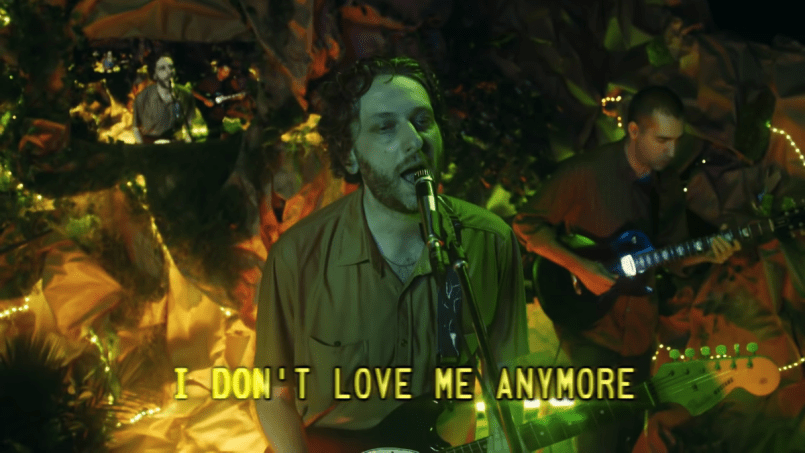 As has become custom in pandemic times, the performance looked like a cross between a late-night set and a music video. Daniel Lopatin and his bandmates played the song in front of a colorful backdrop of lush greenery and otherworldly lights, and Lopatin even donned a guitar in addition to his synth for this shoegazy tune.

That part wasn’t out of the ordinary for live performances, but the set was interspersed with footage of bleak cityscapes and the lyrics of the song popped up on the screen as they would in a lyric video. The experimentation with the livestream form made sense for Oneohtrix Point Never, which has always been a decidedly avant-garde and forward-thinking creative project.

Even with all the visual fanfare, Lopatin and his bandmates sounded great bringing his unearthly sounds into a rawer and more primitive live environment. Check out the performance below.

In our review of the record, which dropped last week, Jordan Blum argues that Magic Oneohtrix Point Never is just another example of why Lopatin is such a celebrated part of the electronic music multiverse. “There’s a powerful cohesion to the collection that makes it feel greater than the sum of its parts, with several standout fusions of singing and instrumentation/production as only Lopatin could yield,” Blum writes.