Charly Bliss and PUP Team for “It’s Christmas and I Fucking Miss You”: Stream 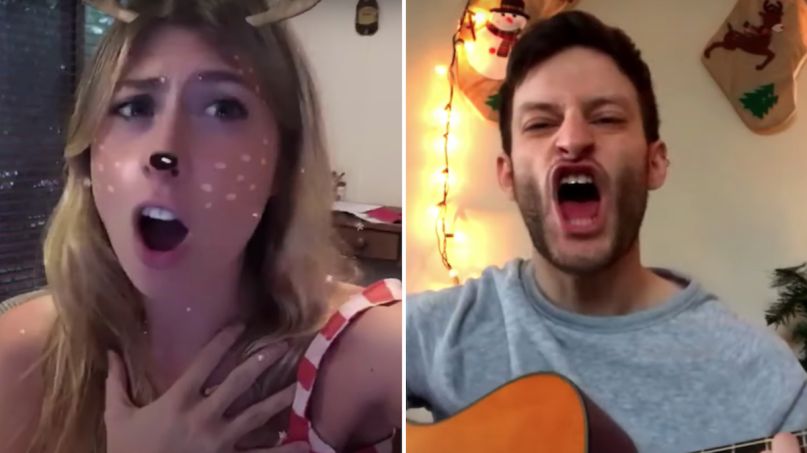 Holiday music sounds very different in a year that hasn’t had much cheer in it. Instead, it’s the era of “It’s Not Christmas Till Somebody Cries” and “Christmas in April”. Charly Bliss have now contributed their own downer ditty to this new pantheon, collaborating with PUP on “It’s Christmas and I Fucking Miss You”.

Originally premiered during Charly Bliss’ “It’s a Blissful Life” holiday livestream last week, the ringing power pop track compares Christmas 2019 to our current pandemic December. “With you it was festive/ Now I’m alone, it’s manic depressive/ Crying on the couch to Elf alone,” sings Eva Hendricks. The second verse comes in with a switched up tempo to match PUP’s Stefan Babcock’s particular punk cadence as he belts, “Don’t know how I even sleep at night/ Starring out at the Christmas lights.”

Said Hendricks of the collab,

“Our managers have been trying to get us to write a Christmas song for years and we’ve never followed through, but we decided that enlisting our friends in PUP would at least make it fun. We never imagined we’d be so proud and absolutely thrilled as we are by the results. We tried to write a song that reflects the absolute insanity of this year and the fact that everyone in the world is stuck missing someone this holiday season and probably feeling a similar combination of emo, angsty and vulnerable!!!!”

That emotional spectrum seemed right up PUP’s alley, as Babcock noted, “I don’t know if I’d be able to write a Christmas song under normal circumstances, but since Christmas is shit this year, seemed like it was right in my wheelhouse!”

Watch the remote-shot video for “It’s Christmas and I Fucking Miss You” below.