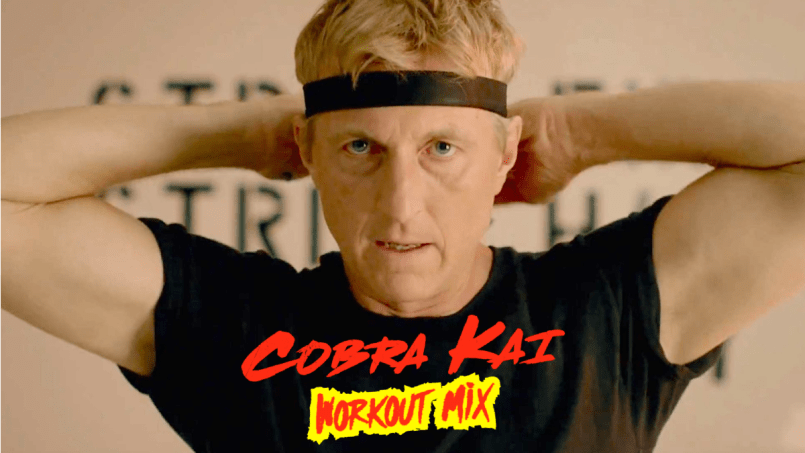 Cobra Kai and music go together like Daniel and Miyagi. Just think back to all the needle drops: Johnny Lawrence brooding to Foreigner in his Firebird. He and LaRusso singing REO Speedwagon together. The Alan Parsons Project closing out the pilot. These moments are all over The Karate Kid spinoff series, and they always get us pumped up.

But, what about the actual cast? What songs get them pumped up? In anticipation of Season 3, which premieres on Friday, January 1st, Consequence of Sound sat down with your favorite heroes of Cobra Kai to hear what they take to the dojo with them. From AC/DC to Meek Mill, their responses extended well beyond the show’s ’80s roots.

Peyton List, aka Tory Nichols: “I’m sometimes embarrassed by my music tastes. I feel like it’s a lot of Doja Cat or something by Kanye. Like, I usually listen to ‘Power’. That song usually gets me into it.”

Jacob Bertrand, aka Hawk: “Lately, it’s ‘Highway Tune’ by Greta Van Fleet. I don’t want to call them like a Led Zeppelin ripoff, but they kind of sound like Led Zeppelin. They’re great. It’s a killer song.”

Mary Mouser, aka Sam LaRusso: “I like post-hardcore — like punk and nu-metal. That’s the kind of music I listen to. So, two of my go-to songs are ‘Voices’ by Motionless In White and ‘If You Can’t Hang’ by Sleeping with Sirens.”

Xolo Maridueña, aka Miguel Diaz: “‘Dreams and Nightmares’ by Meek Mill. Every time I listen to that song, my vocal cords just get destroyed. I know whenever I play it in the car, people next to me are like, ‘Oh man, this guy’s going through something,’ but I really love that song.”

Ralph Macchio, aka Daniel LaRusso: “A decent amount of AC/DC. Some Scorpions. I had to throw Springsteen in there because that’s a bit of Ralph. And Aerosmith’s ‘Walk This Way, the live version. So many, so many.”

William Zabka, aka Johnny Lawrence: “It’s anywhere from, you know, Whitesnake, to Rolling Stones’ ‘Gimme Shelter’, to Def Leppard, Van Halen, all of that stuff, man. You know, there’s not one go-to song. Zebra’s ‘Tell Me What You Want’ is one. ‘Rainbow in the Dark’ by Ronnie James Dio. All those songs were songs that I listened to and that actually helped when I was making the film that was kind of feeding me and I still listen to that now. So, it’s kind of a playlist, really.”

Taking a note from Zabka, we collated all of their selections and put together one hell of a playlist for you below. Odds are you probably already sweat to a number of these jams, but if not, it might behoove you to take some pointers from the pros.