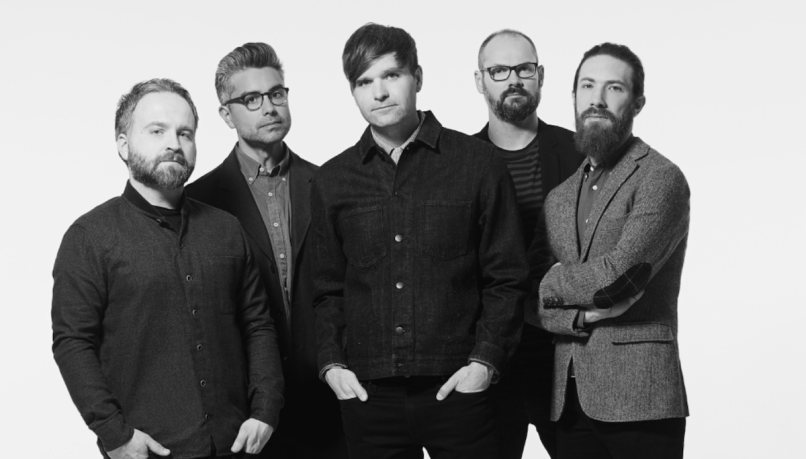 Death Cab for Cutie frontman Ben Gibbard has been the King of Quarantine Covers since early March, having tackled Radiohead, The Beatles, Minor Threat, and even the late Adam Schlesinger of Fountains of Wayne. Now, DCFC proper are getting in on the fun with a covers EP of their own.

The new effort is dubbed The Georgia EP and finds the indie rockers taking on five artists from the state of Georgia. Gibbard & co. put their spin on classic R.E.M. (“Fall on Me”), Neutral Milk Hotel (“The King of Carrot Flowers, Pt. 1”), and TLC (“Waterfalls”), as well as Cat Power (“Metal Heart”), and Vic Chesnutt (“Flirted with You All My Life”).

More than just an exercise in reimagining music, though, the five-track project benefits Fair Fight Action, the Stacey Abrams-founded organization that combats voter suppression. DCFC recently supported Fair Fight when they contributed to the benefit compilation Good Music to Avert the Collapse of American Democracy in September.

Fair Fight and other similar organizations were instrumental in Joe Biden’s 2020 Election win in Georgia. However, the state still has a very important senate runoff election set for January 5th.

In a statement about the new EP, Gibbard said, “We created this exclusive e.p. of songs by some of our favorite Georgia artists for our friend Stacey Abrams and all the hard-working people at Fair Fight Action. We strongly believe in the work Fair Fight has done to assure free and fair elections in Georgia and beyond and have been honored to assist them throughout the 2020 campaign.”

The Georgia EP is out today (December 4th) exclusively on Bandcamp. Update – January 13th: As of today, the EP is now available on all major streaming services.