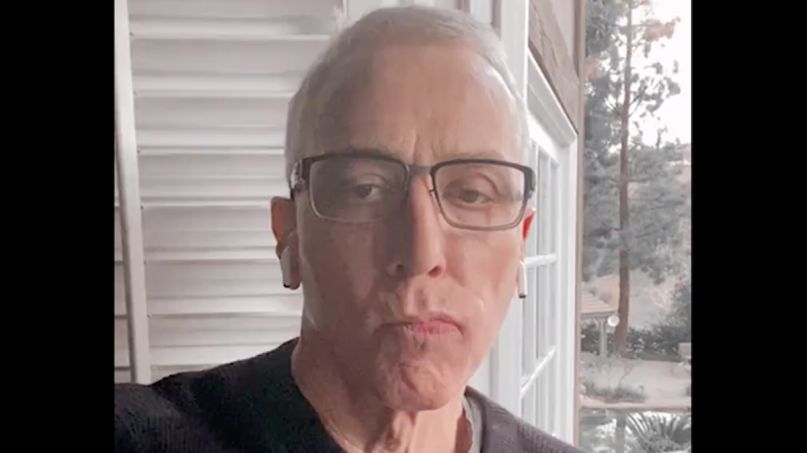 Back before COVIDiot was a widespread term, Dr. Drew was called out for downplaying the pandemic as “press induced panic.” Though he apologized in April once it became clear this coronavirus was not to be trifled with, finally taking the health crisis seriously didn’t stop him from contracting it.

News of his diagnosis came from an Instagram post on Tuesday. Noting that he tested positive after four days of illness, the post said, “Drew is home, under [surveillance] and fever is down… Drew is feeling better and will [hopefully] get well soon.”

In a follow-up IG Live session the next day, Dr. Drew revealed that he’d actually been scheduled to get the first round of vaccination a week prior to his first positive test. He said the hospital turned him away because his “papers weren’t in order,” describing the experience as “a World War II border crossing scene.” “It’s absurd the way some hospitals are dealing with the vaccine program,” he said. “Frankly, it’s nearly criminal.”

Elsewhere in the IG Live video, he listed out a number of medications he’s been taking throughout the course of his treatment. He credited the controversial hydroxychloroquine with helping him turn a corner, and said he’s waiting on a bambilimab infusion. The Doc also repeatedly said he’s looking forward “to the immunity on the other side of this” and being able to “walk about without any concern… Worth all the effort.” Yet at the same time, he added that he still may need the vaccine in the next four to 12 months, as the CDC notes length of immunity isn’t entirely clear and the emergence of new mutations may precipitate the need for vaccination.

The Doc’s IG Live video was kept relatively short, as he explained that he had “no stamina” because of COVID. You can watch the full thing below.