The rapper and his crew allegedly made $1.5 million in fraudulent transactions 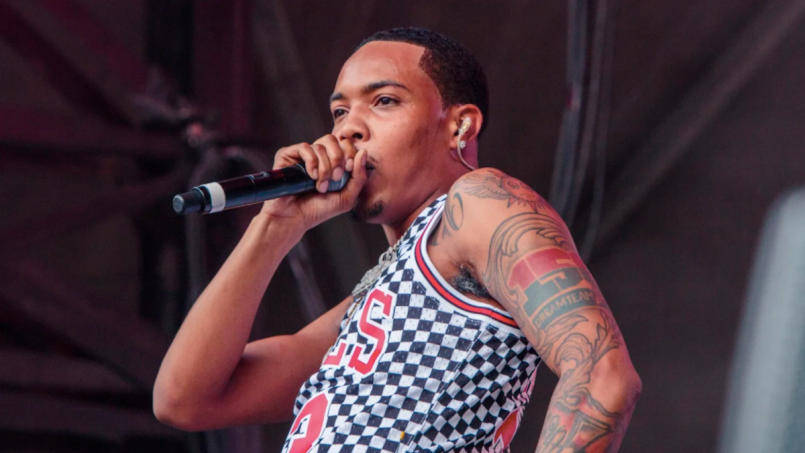 Maybe it’s time for G Herbo to drop “Lawyer Fees Pt. II”. The Chicago rapper has been arrested on 14 counts of aggravated identity theft and conspiracy to commit wire fraud, as the Chicago Tribune reports. The $1.5 million scheme allegedly took place over the last four years, and was used to charter private jets, book a vacation, and purchase two designer puppies.

The MC born Herbert Wright III isn’t the only one facing legal scrutiny. His manager and promoter Antonio “T-Glo” Strong is “alleged to be the ringleader of a $1.5 million fraud,” according to court records written by U.S. District Judge Robert Dow. Four other men are also charged: rapper Joseph “Joe Rodeo” Williams, and alleged co-conspirators Terrence Bender, Steven Hayes Jr., and Demario Sorrells. All have been charged with the same 14 counts as G Herbo, but Strong has an additional, actual wire fraud charge along with the conspiracy to commit wire fraud claims.

The scheme doesn’t appear to have been particularly complicated. Strong and the others used stolen credit cards and other personal information that they gleaned from the “dark web,” which is usually a synonym for “not on the first results page of a Google.” This info was sent electronically to one another, but described with code words like “moves” and “joints,” and often just “cards” as if the Feds couldn’t figure that one out. Credit card numbers were passed from co-conspirator to co-conspirator, sometimes after one person had already started a transaction.

The designer puppies were purchased from a Michigan dealer in 2017. Reportedly, Strong approached the pet store on G Herbo’s behalf, giving the name “Darren Geiger.” The store asked for a message directly from G Herbo’s Instagram account, at which time Strong texted his client “Hurry just message that bitch hello.” Herbo then confirmed that he “wanted two puppies.”

That same year, the rapper introduced a young pup named Prince in an interview with HNHH. “He a cool fella. He just be calm, chilling. He eventually just gonna sit down and lay on my lap.” Apparently, the dog did not.

Stolen credit cards were also used to purchase flights to Florida, New York, New Jersey, Texas, and California. The crew also booked hotels and paid for food, and sometimes that grub even came with a personal chef. One of the most expensive fraudulent purchases involved a week’s stay in a Jamaican villa in 2017. At other times, the rapper’s entourage rented top-end luxury cars, including a Bentley CGTC and Maybach S600. The most recent fraud took place on September 4th, 2020, when co-conspirators paid for a group of rooms at a Chicago hotel.

This is G Herbo’s third arrest in three years. In 2019, he was charged with battery in Atlanta, and in 2018 he was booked when his limousine driver alerted police that he had weapons. Last month, Herbo performed his hit song “PTSD” with Chance the Rapper on Fallon.