"As your more intelligent sister, I want you to know that I disapprove," tweeted his former co-star Tracey Gold 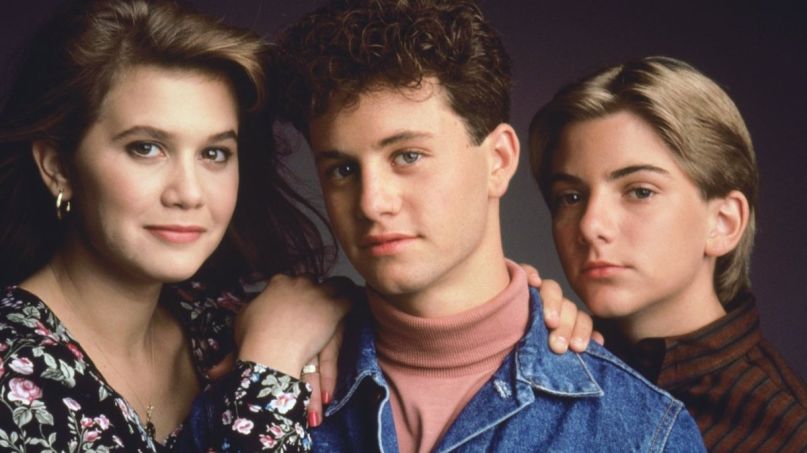 On multiple days in December, Cameron convinced hundreds of people to gather together to sing Christmas carols without any coronavirus safety measures in place, namely social distancing and mask wearing. That’s a lot of spit and germs flying through the air for the sake of belting “Frosty the Snowman”, and it’s especially irresponsible considering Los Angeles County is reporting one new COVID-19 death every 10 minutes during this second wave of the pandemic.

The caroling events were so reckless and reprehensible that Miller and Gold have resurfaced to call out their TV show brother, decades after Cameron last appeared onscreen as Mike Seaver. Miller, who played younger bro Ben Seaver, recently told Page Six, “While I will always love my brother Kirk, I could not disagree more with his holding these maskless events at a time when safety and concern for others is an extreme priority.” He added, “I truly couldn’t be more disappointed in him.”

Older sis Gold (Carol Seaver) aired her concerns on Twitter earlier this month. “Checking in with my dear brother Mike. @KirkCameron as your more intelligent sister, I want you to know that I disapprove,” tweeted Gold. “I’m worried about you brother AND your family. Wear a mask. Stay home. Sing later.”

Former costars and Hollywood folk aren’t the only ones denouncing Cameron’s actions. LA County Public Health Department director Barbara Ferrer also slammed the Christmas carol gatherings in a recent press conference. “I’m at a loss of words at this point,” she said. “It’s very irresponsible and very dangerous and it’s unnecessary. We’re in the middle of a pandemic.”

Unfortunately, Cameron is an idiot. As of less than 24 hours ago, he still believes his crowded Christmas events are safe, liberating, and worst of all — inspiring. The 50-year-old also thinks that masks aren’t effective, which we know is completely untrue thanks to a little thing called science.

Checking in with my dear brother Mike. @KirkCameron As your more intelligent sister I want you to know that I disapprove. I’m worried about you brother AND your family. Wear a mask. Stay home. Sing later. ❤️ 😷

Previous Story
David Hasselhoff Offers Update on Kung Fury 2, Promises “I Am Going to Be Funny in It”
Next Story
Vinyl Just Had Its Best Sales Week in History
Popular
More Stories
[fu-upload-form form_layout="media" title="Submit Your Photo"][input type="hidden" name="ugc" value="1"][/fu-upload-form]