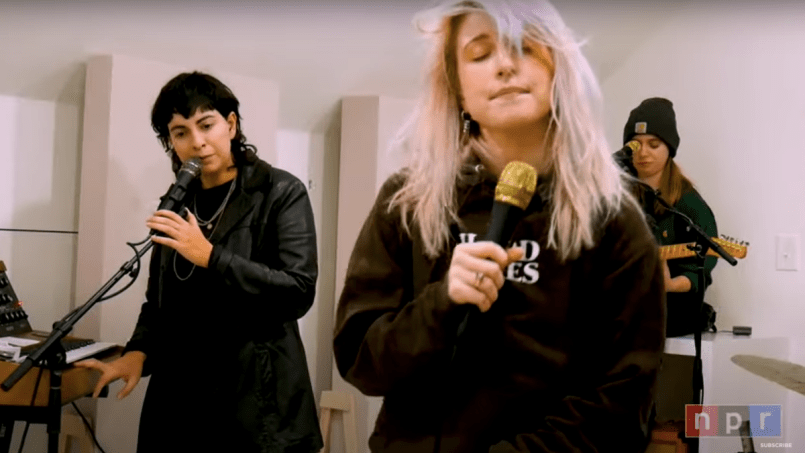 Lots of people have played an NPR Tiny Desk Concert, but few desks have been tinier than the one utilized by Hayley Williams. The erstwhile leader of Paramore performed in front of a mouse-sized writing surface, and she did so with the help of singer-songwriters Becca Mancari and Julien Baker, as well as drummer Aaron Steele and Paramore bassist Joey Howard.

Williams’ at-home set included a trio of tracks from her excellent new album Petals for Armor. In keeping with the miniature theme, she played a keyboard on a too-short stand, so that she practically had to sniff the floor in order to strike the keys. Baker sat against the wall strumming her guitar, Mancari handled backup vocals, and together they powered through the songs “Pure Love”, “Taken”, and “Dead Horse” — the latter of which ended with the new, non-album lyrics “You fucked around with everyone in town!” Check it out below.

Mancari released a stellar LP of her own this year, The Greatest Part. Both that and Petals for Armor were among our favorite albums of 2020. As for Baker, her studio effort Little Oblivions is due out February 26th.