Johnny Brennan on the Origins of the First Jerky Boys Album in 20 Years: “It’s a Whole Different Game Today” 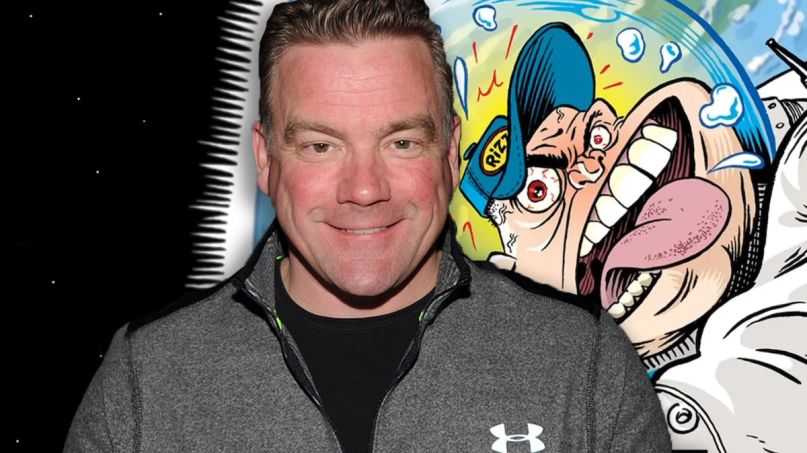 Something about being kept away from typical entertainment outlets this year led to a surge in nostalgia content. Pop culture reunions grew from one-off virtual gatherings to fully-scripted streamable events. That made it somewhat fortuitous that 2020 happened to be the year Johnny Brennan decided to return with his classic prank project The Jerky Boys.

Brennan recently released the first Jerky Boys album in 20 years, a long-demanded effort that’s been met with the warmest of welcomes by fans. All the favorites like Sol, Frank, and the rest are back, alongside new characters ringing up everyone from Social Security scammers to iRobot customer service reps to college admissions offices. Speaking with Brennan over the phone — where he does his best work, after all — the comedian and voice actor is endlessly appreciative that his brash brand of prank calls still resonates.

“I’m very proud that over the years it’s something that just makes people happy,” he tells Consequence of Sound. “It makes them feel good and that’s all I ever really set out to do.”

Yet, a guy putting on some voices to mess with people on the phone might seem dated in the age of texting and TikTok. That’s what makes the new The Jerky Boys album so surprising: It still works, and it’s still funny. Understandably, Brennan faces new challenges, and he admits it can take “30, 40” calls before he lands on something truly usable. But from the beginning, his characters have been able to grow and work with the times just like he has.

“I’m very lucky because that’s the way I did it from the very, very beginning all the way back, you know, ’70s, ’80s, ’90s,” he explains. “I think that’s the saving grace, because I never came from that angle [of considering the times]. It’s pretty extraordinary because I can do this — obviously, I won’t be here — but if I was here 50 years from now, I could still do this. What it is is that people love the characters, and they just naturally roll on.”

And there’s a chance Sol and the gang will keep rolling on into the future. “I have plenty of stuff ready to go for another record,” Brennan reveals. “Like I did in the old days, where you put them out like a year and a half apart. I have enough material to get another one started, which is a beautiful thing.”

Brennan spoke with us about making the latest The Jerky Boys LP, with a particular focus on the Origins of the track “Brad Sol’s Assistant”, which finds Sol Rosenberg’s assistant answering a call from a college admission’s agent. Take a listen and read on below.

On releasing a prank call album in the era of TikTok:

You know, it’s a very good question. The funny thing, though, I’ll just be honest, going back through time, I never ever gave thought to the outside part. I just knew what I was going to do, and I knew what my characters would do. And I knew putting them in situations, whether that be in, you know, the year of 20-whatever, or the 1990s or 1970s — because don’t forget this has been many decades of The Jerky Boys — not once did I ever go, “Let me think about what’s happening right now in 1974, ’75,” or “Let me think what’s happening now 1980.” That never even entered my mind.

There’s a Sol Rosenberg track on there with the iRobot attacking him. There’s a Sol Rosenberg track where he gets caught in his fricking StairMaster that gets him up and down the stairs. The same goes for Frank or any of the other characters: They just roll on, because I think that’s the way I approached the work. I just approach it from Sol, Frank, or Big Ole Badass Bob the Cattle Rustler Rustler, and I just put them in a situation that they might’ve gotten into. And it doesn’t matter if it’s well on into the future.

On modern challenges to pranking:

I’ll tell you in today’s times, man, it’s a whole different ball of wax. It was very strange in the sense that years ago, people answer the phone and they answered the phone immediately, especially because there were businesses. I swear to God, I did a live show Friday night at Gotham Comedy Cub in New York, and I said I would try a couple of live pranks on the show knowing full well that that is never a great idea because you name it, anything can not work. And sure enough, I think I tried five different numbers live in front of an audience, and all five numbers rang and rang and rang and nobody picked up.

On getting people to call him for pranks:

The guy who built the phone for me, his name is Paul. He built this thing so that any call coming in or going out will be recorded. He included a couple phone solicitations, like he put out ads. A college admissions one, one where I was giving a piano away. It was almost like these by-lines and I would get these calls coming into that particular phone.

On the basis for Sol’s Assistant Brad:

Most of my characters come from my family — my mom, my dad, my uncles, any anybody I’ve known in my family, I’ve turned them into characters for Jerky Boys. But that particular character, I don’t know if you’re a fan or if you’ve ever heard of Jerry Lewis. When I was a little kid, Jerry Lewis was one of my all-time favorites. I used to love Jerry Lewis. There’s this character he played, a school teacher, named Buddy Love. When he played Buddy Love, he just had that weird voice. And I was trying to channel a little bit of that. And I just tried to make him a goofy assistant to Sol Rosenberg, because if Rosenberg is actually splitting your head, you got problems.

On how his characters reveal the character of real people:

It happens to me in real time. On the new record, there’s a call called “Garbo’s”. I’m explaining to this woman who’s about 90 years old about how I bought my wife a HurryCane — I have no idea where this came from. I was in the middle of a skit looking to get a Brazilian blowjob and asking this woman if she would set this appointment up for me at this hair salon Garbo’s, and out of the blue I said to this woman that I bought my wife a HurryCane. And she goes, “Oh, I have one of those.” And I went on to explain to her that I bought it as a nice gesture for my wife, because I didn’t want to see her lose her balance. And I said my wife put it all together and then beat me unmerciful, almost to death, with this cane because she was insulted that I bought her a cane.

So, I go on explaining to this lady how she beat the fucking bejeezus out of me, and this old lady doesn’t even respond to anything I’m saying to her. Then she goes on talk about shit she wants to talk about, and I said, “Well, I can see you’re very concerned about this awful beating I got.”

On choosing characters and directions for particular skits:

If you listen closely on down through the years, you’ll hear … Sometimes, I know exactly what character I’m going in with, but a lot of the time when I hear the person’s voice, that’s what triggers my response. So, a lot of the times you might here me go like, “nyah.” I’ll just make a — “yea” — like a weird noise, so they go, “Hello?” And then I’ll recognize and I’ll get the voice. It takes less than half a second, and I instantly know then what I’m going to do or which character I feel like going with. Whatever character I think would be on the mark for that particular person.

Some calls I go into full well knowing this would be a great one for Frank, or this’ll be a great one for Big Ole Badass Bob the Cattle Rustler Rustler. But in lots of calls that are coming in, and a few going out, I really don’t know where I want to go, so I just let it happen. That’s what I did on this record; I did that hardcore on this record, just went in and I let it flow

That’s what I think the magic was that made this record so amazing. The reviews and the responses I’m getting on this particular record are incredible, and there’s a reason for that … Maybe there’s some sort of wacky thing that is hardwired where these characters … just work. I used to tell people over the years, the best analogy I can make for you is that I have a little well somehow in my brain, and in the middle of a sentence, my brain just jumps into that well and pulls something out. And there’s always something in that well. God forbid the day that well isn’t there anymore.