The disgraced actor speaks to individuals suffering during the pandemic 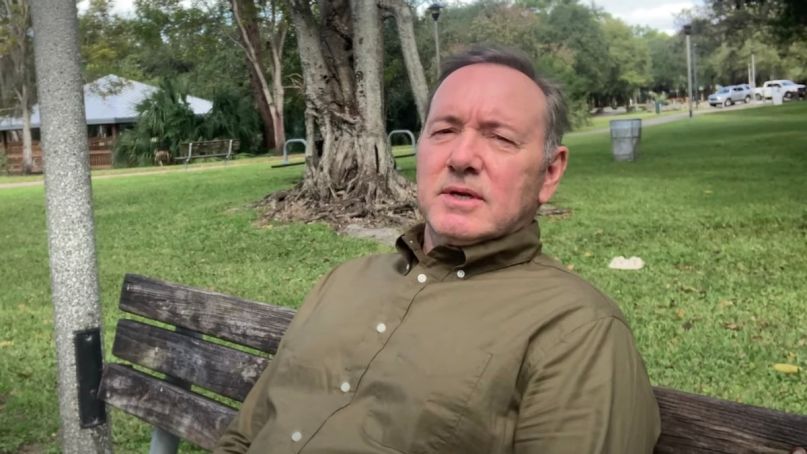 As has become tradition over the last few holiday seasons, today actor Kevin Spacey emerged from whatever hole he’s been hiding in and delivered a Christmas Eve message.

To his credit (?), Spacey’s latest video message is a lot less tone-deaf than his previous pre-recorded video, where he compared people losing their jobs due to the pandemic to his own downfall following multiple sexual assault allegations. This time, Spacey quickly drops the Frank Underwood shtick and speaks to those individuals whose mental health has been adversely impacted by the pandemic.

“Listen, a lot of people have reached out to me this past year and have shared their own struggles. And my ability to be there for them has really only been possible because of my own difficulties,” Spacey says.

“While it’s been a privilege to offer support, I have to say, frankly, it’s also been beyond my abilities and it’s bigger than me,” he continues. “Because, heartbreakingly, so many have talked about things having gotten so bad for them that they contemplated taking their own lives. And that’s enough for me to want to take an entirely different approach this year, to acknowledge their pain.”

“To anyone out there who is struggling — or contemplating that idea — please, please do not take that step. If you’re standing in a place that you can no longer remain standing. If you’re suffering, if you need help. If you feel guilt or shame. If you’re struggling with your identity. If your back’s up against the wall. Or if you feel that there is no path for you, whatever your situation, I promise you, there is a path.”

Spacey concludes his message by saying, “I just want to wish everyone a Merry Christmas, a great 2021, and say to all those out there who might be suffering: It gets better. It does get better.” The video ends with a phone number for the U.S. Substance Abuse and Mental Health Services Administration Hotline.

While Spacey’s message is an important and seemingly earnest one, it doesn’t absolve him from the actions that rightfully led to his exile from Hollywood. At least 16 men have come forward with allegations of sexual misconduct against Spacey, accusing him of unwanted harassment, groping, assault, and pedophilia. Thus far he has managed to avoid criminal prosecution — not one but two of his accusers have died over the last several years — but in September, actor Anthony Rapp announced civil litigation against Spacey.