10 Times Lemmy Was the Coolest Man on Earth

From wearing "Daisy Dukes" to simply being God, Lemmy was the epitome of cool 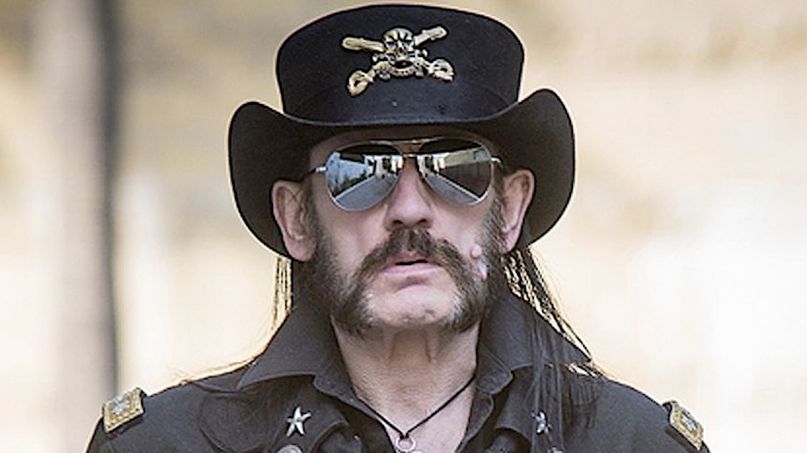 While the rock world will never forget the legendary Lemmy Kilmister, late December is an especially poignant time to commemorate his legacy. This year, December 24th marks what would have been the late Motörhead frontman’s 75th birthday, while December 28th marks five years since the passing of one of rock’s all-time great icons.

Few rockers were as instantly memorable and recognizable as Lemmy. Whether it be his lifestyle (pushing life to the max via his party-hearty ways), his looks (long hair, facial hair, and signature facial moles), or his music (penning dozens of headbanging classics that have influenced countless other artists, and have only improved with age), there will never be another gentleman like Ian Fraser Kilmister.

So, what better way to celebrate the life of the late, great Lemmy than with a carefully constructed list of 10 times he was the coolest man on Earth?

10. Crashing Through a Wall

For decades, Lemmy was unquestionably one of rock’s top “biker/tough guys.” And this image was on display throughout the video for the tune “Killed By Death” – including the opening scene, where Lemmy crashes through a wall while a top a chopper! OK, OK, it probably wasn’t really Lemmy (but rather, a stuntman), but since this has never been confirmed nor denied…let’s just go with it.

In sizzling weather, Lemmy wasn’t afraid to sport a pair of “Daisy Dukes” denim short shorts. Thankfully, we have this video footage of Anthrax’s Scott Ian analyzing what he initially thought was a fashion faux pas … before the man himself offered a very sensible explanation.

Although best known for offering up some of heavy metal’s all-time great tunes, Lemmy was a big-time fan of old time rock n’ roll. And beginning in the late ‘90s, he sometimes filled his downtime fronting the rockabilly trio, the Head Cat, which also featured none other than Stray Cats drummer Slim Jim Phantom in its ranks.

One thing that wasn’t very cool was Lemmy’s penchant for collecting Nazi memorabilia, but he did perfectly denounce racism in the video above. As he put it, “The one thing I am prejudiced against is assholes.”

06. That Time He Was in The Damned

As Motörhead were taking off in the late ’70s, Lemmy briefly joined another ultra-cool band, UK goth-punk legends The Damned, playing a handful of shows with them and recording a number of demos. Above, he joined The Damned onstage during a 2009 gig, proving once again that his coolness knew no bounds.

05. Being a Real-Life Angel on Earth

After slogging it out in the New York/Tri-State area club scene for years, Twisted Sister had one last shot over in the UK. It seemed like the band was done…until Lemmy helped them get to that next level. As Dee Snider told us in the video above, Lemmy very well may have been a real-life angel on Earth.

Motörhead will always be the band that Lemmy is most associated with – having founded the group in 1975, and serving as leader/frontman until his death in 2015. But let’s not forget his contributions to space rock trailblazers Hawkwind in the early ‘70s – and the fact that he sang lead on the group’s best known tune, “Silver Machine.”

03. Serving as a Roadie for Jimi Hendrix

Another cool fact – Lemmy once served as a roadie for Jimi Hendrix! In this clip (which shows Lemmy with a rare look – completely sans facial hair), he also explains how Jimi allegedly supplied his road crew with a certain “substance.”

Metallica, Slayer, Megadeth, and Anthrax. Without Motörhead, those bands – and the rest of the thrash metal genre – would have either sounded radically different… or perhaps not even existed at all, since Lemmy and company were one of the first bands bold enough to mix punk’s speed and energy with metal’s power and volume. Particularly, on such classic ragers as “Overkill”, “Bomber”, and especially “Ace of Spades”.

The 1994 movie Airheads was not exactly Citizen Kane, but it gave us at least one great line — courtesy of Steve Buscemi — that countless rock fans and musical peers have echoed throughout the years: “Lemmy is God.”