Miley Cyrus Has the No. 1 Rock Album in the US 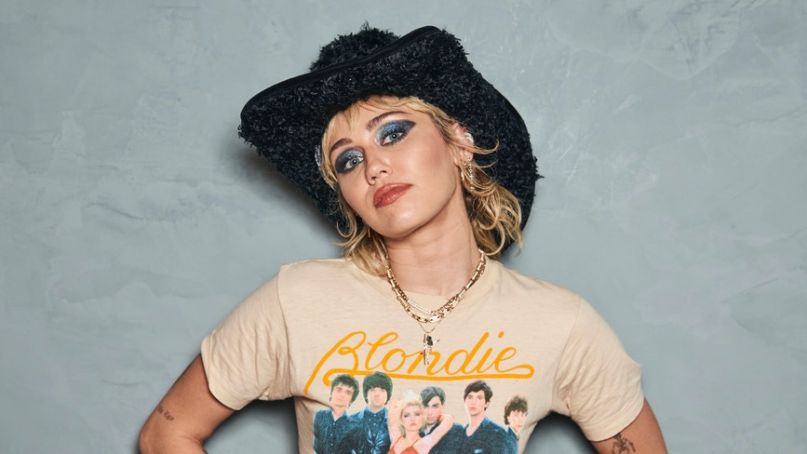 With her new album Plastic Hearts, Miley Cyrus put a wrecking ball to her image as a pop star and reinvented herself as a formidable rock front woman. And now, she has a No. 1 album to show for it.

Plastic Hearts, Cyrus’ seventh album to date, debuted this week at the top of Billboard’s Rock Albums chart with 60,000 units sold. In doing so, Cyrus became the fourth solo woman to go No. 1 on the chart this year, joining Fiona Apple (Fetch the Bolt Cutters), Hayley Williams (Petals for Armor), and Alanis Morrissette (Such Pretty Forks in the Road). As Billboard notes, it’s the first time since since 2012 that at least four women have gone No. 1 in a single year.

On her way to claiming No. 1 on the rock chart, Cyrus bested AC/DC’s Power Up, which had held the top spot over the two previous weeks. She also beat out formidable rock veteran like Smashing Pumpkins, whose new album CYR debuted at No. 10; Green Day frontman Billie Joe Armstrong, whose covers album No Fun Mondays bowed at No. 32; and Hatebreed’s latest release Weight of the False Self, which claims No. 50. The rest of the Rock Albums chart is littered with archival releases and reissues.

Officially released on November 27th, Plastic Hearts was inspired by Britney Spears and Metallica, features collaborations with Stevie Nicks, Billy Idol, and Joan Jett, and includes covers of Blondie’s “Heart of Glass” and The Cranberries’ “Zombie”. In a review of the album for Consequence of Sound, Katie Moulton said Plastic Hearts was Cyrus’ “most successful pastiche yet.” We also put the Plastic Hearts track “Midnight Sky” in the top 20 of our favorite songs from 2020.

On Monday night, Cyrus further supported the album’s release with an appearance on Jimmy Kimmel Live, where she performed the album track “Prisoner” and competed in a game of Miley Cyrus trivia against a super fan.