The mysterious monolith saga just got a sweet and crunchy twist 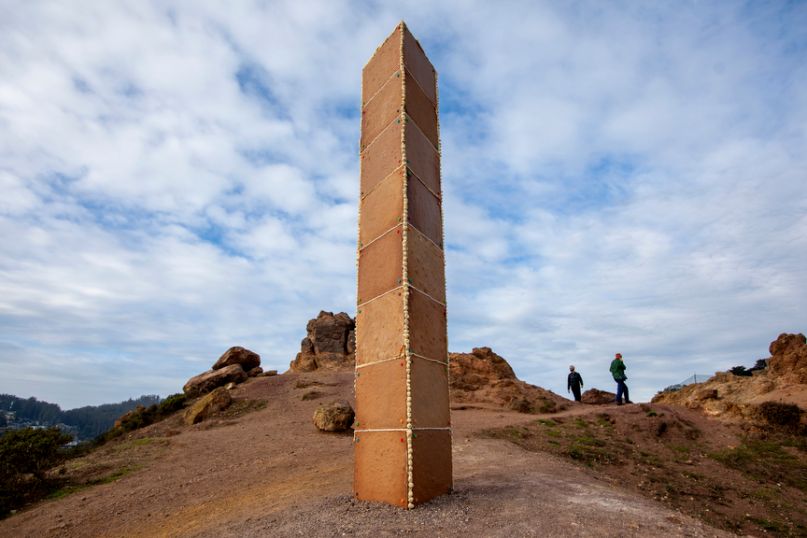 The mysterious monolith saga just got a sweet and crunchy twist. A new structure appeared in San Francisco on Christmas morning that’s entirely made of gingerbread cookie.

Let’s backtrack. On November 23rd, state officials stumbled across a shiny metal monolith in the middle of the Utah desert that looked like it was straight out of 2001: A Space Odyssey. At first, people half-seriously wondered if aliens had planted it there (as they did in the Kubrick film), but then the New York Times ran a detailed story that linked the structure to the late sculptor John McCracken, who was known for creating metal monoliths and once suggested that he’d like to plant them in remote areas for people to find years later.

Within a week, tourists arrived and removed the statue, but then a nearly-identical monolith was spotted 6,000 miles across the ocean in Romania. Then it happened again in California, and many people on social media speculated that this was all either part of a viral marketing campaign or some sort of elaborate prank.

The third monolith appeared in early December, and since then there hasn’t been any new sightings — or a grand reveal of who was behind it, for that matter. Now, there’s a gingerbread monolith that conveniently popped up in Corona Heights Park on Christmas morning. The cookie tower is a little shorter than the other monoliths (roughly seven feet tall rather than 12) but it seems more likely to be a clever imitator than the person(s) who may or may not have been responsible for the first three monoliths.

Naturally, people have arrived to take photos with the gingerbread monolith, and one visitor even decided to take a bite out of it (pictured below). Festive aliens? A local bakery? Who’s to say, but at least this is better than a reveal for a lame-ass Hulu special.

Someone’s outright taking bites out of it now pic.twitter.com/z011XdPAoU