The Passion Pit frontman uploads his archives to SoundCloud 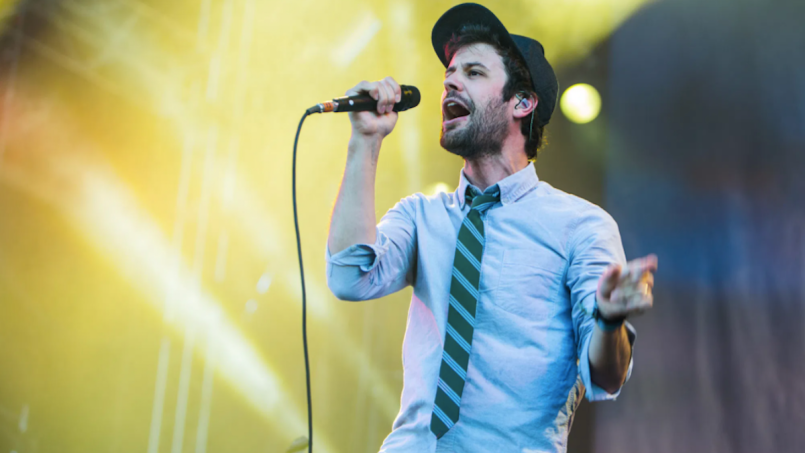 Some people think Michael Angelakos isn’t real — that he’s actually just your parents dressed in a loose necktie and curly brown wig. But somebody matching the description of the Passion Pit frontman has quietly dropped dozens of gifts on his SoundCloud page, with copious demos of unreleased songs and alternate favorites suddenly appearing under the digital tree.

Passion Pit have been taking things easy since the release of Tremendous Sea of Love in 2017. But a SoundCloud deluge began 10 days ago and has continued with fits and starts through today, December 27th. As of this writing, the haul totals 39 tracks spanning Christmas standards, electronic jams, live performances, and “redux” remixes from P.P.’s catalogue. In a comment, Angelakos wrote that the space was for “previewing unreleased songs, demos at various stages, reduced/alternative mixes, acapellas, instrumentals, and other b-sides and ‘rarities.'”

One of the most notable releases is “Mother of a Whole New World (demo take 1)”, a glittery, dizzying spin through R&B drums. The previously-unreleased song still has that tinny, unfinished sound, which sharply contrasts with the Pit’s hyper-polished albums. Angelekos spends the whole 3:43 in his lower vocal registers, avoiding the piercing falsetto tones that mark the group’s best-known songs. The effect is intimate and raw; Angelakos has rarely sounded this approachable.

The newly-uploaded collection also covers alternate takes of Angelekos 2016 video album Merry Christmas, Mr. Fields, a vocals-only demo of breakout hit “Sleepyhead”, remixes of more recent singles such as “Five Foot Ten” and “Hey K”, an interpolation of “Blue Moon” called “Without a Dream in my Hart (for Lorenz)”, and so much more. Check out a selection of tracks below, and peruse the whole massive data dump over at his SoundCloud.