"I have encountered him in New York through the years and found him a horrible, narcissistic person and just a bad businessman" 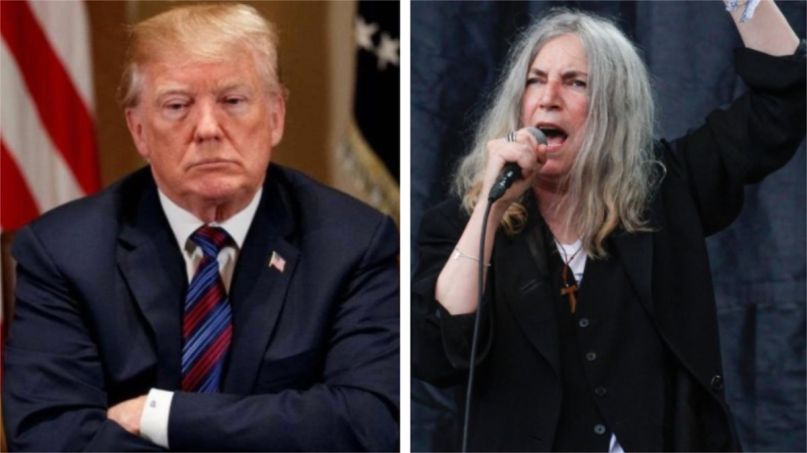 Patti Smith has spent her career advocating for equity and peace through music, poetry, and writing. Meanwhile, for the past four years, Donald Trump has tried to squash those two facets of life on the regular — and apparently he pissed off the punk legend in the process. In a new interview with the Guardian, Smith denounced Trump, saying his presidential era has “been a terrible atmosphere to live in.”

“You try to do your work and not let [politics] permeate your consciousness daily, but it does. It’s very insidious,” she told The Guardian. “I have encountered him in New York through the years and found him a horrible, narcissistic person and just a bad businessman. I’ve seen the debris of his deals. I think the damage he has done is going to be felt for a long time. It’s not going to be so easily healed because globally he has empowered people of a like mind.”

On the bright side, Trump lost the 2020 election, which means next month Joe Biden will replace him as the president and Kamala Harris will be at his side as the vice president. In Smith’s eyes, that shift in leadership alone will be a “huge psychological relief” for herself and others.

“I’m a natural optimist so I’m not without hope or inspiration,” she said. “What matters is trying to clean up some of his mess and get some order. I’m doing that in my house. I’m a messy person, and I know that before I can do something creative or exciting I’ve first got to clear everything away.”

At least Smith can rest easy knowing she did her part to help get the vote out this year by busking “People Have the Power” on Election Day in New York City. If she wants even more therapeutic relief, though, she should consider bidding on the rights to blow up Trump’s casino in Atlantic City, which is a real thing that’s open to the public.

Don’t forget to wish Patti Smith a happy birthday tomorrow! To celebrate her big day, the soon-to-be 74-year-old is going to play a special livestream concert on December 30th that fans can tune in to watch. It will mark the first time she’s performed with her bandmates in 2020, which sounds like the perfect present for a veteran musician like her.