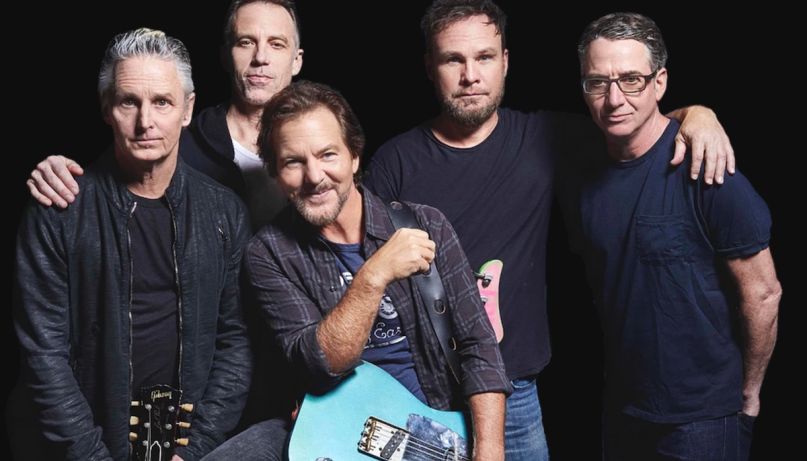 In the lead-up to the 2020 Elections, Pearl Jam launched a get-out-the-vote campaign focused on mail-in voting. (Frontman Eddie Vedder even created an Instagram account just to promote it!) Although Joe Biden has successfully walked away with a presidential win, the rock band’s job isn’t quite done yet.

Ahead of Georgia’s senate runoff election next month, Pearl Jam will host a special virtual fundraiser alongside Broadway star Lin-Manuel Miranda. The event supports organizations that have tirelessly worked to boost voter engagement.

According to a press statement, Pearl Jam and Miranda will hold “a conversation about their artistic inspirations and advocacy.” Like Pearl Jam, Miranda has used his massive platform to condemn Trump and stress the importance of voting.

“Georgia came through for America and now it’s time for America to come through for Georgia,” Vedder commented in a statement. “We — along with millions of others — are fans of Lin-Manuel for both his art and his activism and we are excited to work together to support progressive organizations Latino Victory Project, Latino Community Fund of Georgia, and the Hispanic Federation. We hope you will join us live on December 16th as we talk music, art, and activism.”

Miranda chimed in, noting how he’s long “admired Pearl Jam’s music and commitment to advocacy — and their music has made an impact on me since I was a teenager.” The Hamilton star continued, “I haven’t met them yet, but have wanted to for a long time. We thought it would be fun to meet in front of our fans while raising awareness and resources to make sure we get out the vote for the Georgia runoff election.”

The virtual fundraiser officially goes down December 16th at 8:30 p.m. ET on Looped. Ticket and donation details can be found here.

In other PJ news, the band’s Gigaton album was just named one of the Best of 2020.