The film chronicles the making of Harvey's 2016 album The Hope Six Demolition Project. 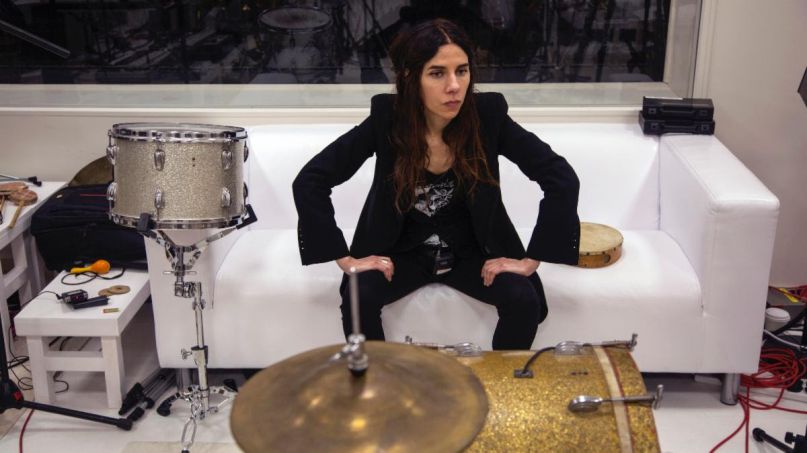 PJ Harvey has spent the better part of this year brushing off her catalog with an in-depth reissue series. It looks like the alt-rock icon’s canonizing won’t stop there. Earlier today, she announced the 2019 documentary PJ Harvey – A Dog Called Money will finally receive its North American premiere on December 7th. Watch the official trailer below.

PJ Harvey – A Dog Called Money chronicles the making of her 2016 album The Hope Six Demolition Project. For it, Harvey accompanied photojournalist Seamus Murphy on his reporting trips to Kosovo, Afghanistan, and Washington, D.C. Along the way, he wound up capturing a larger story about the experiences that inspired her album and the complicated process she went through to create it, later turning those filmed segments into a proper documentary.

The movie originally premiered at the Berlin International Film Festival in February of last year, but it never landed a proper theatrical rollout after that. That will change next week when independent distributor Abramorama hosts PJ Harvey – A Dog Called Money on the livestream platform Maestro. The premiere will start at 8:00 p.m. ET and will feature an introduction from Murphy. Tickets are on sale for $12 at the film’s website.

“We have been bullish on livestream film premieres for years and are delighted to see this groundbreaking new use on our platform. It is not surprising to see such an innovative group of creatives exploring this new direction with us, starting with this powerful documentary,” said Maestro CEO Ari Evans in a statement. “We look forward to unlocking new opportunities for the film industry extending well beyond the pandemic as the age of streaming and digital experiences continues to flourish.”

Harvey’s big 2020 reissue project has made dozens of demos and hard-to-find songs available for the first time from 1992’s Dry, 1993’s Rid of Me, and 1995’s To Bring You My Love. She also re-released her first collaborative album with John Parish, the 1996 record Dance Hall at Louise Point.